Patellofemoral pain syndrome, or PFPS, describes pain in the front of the knee after sitting with your knees bent for a while, especially when you sit in a tight space on a long flight or in a movie theater for a few hours.

The prevalence of PFPS is higher in females compared to males, according to a U.S. military study of more than 1,500 participants. It found that women were about twice as more likely to have PFPS than men.

Anatomy of the kneecap region

The kneecap or patella is a large, triangular-shaped bone that can be felt on the front of the knee joint. It articulates with the trochlear groove of the femur, and sits there loosely when you straighten your knee. A vertical ridge on the back of the patella divides it into the lateral and medial facets, along with the odd facet on the most medial part of the kneecap, that touches femur during full knee flexion.

During full knee extension, only the lower part of the patella is in contact with the femur. The patella is rather unstable in this position, and so, it’s more likely to dislocate at this angle.

Besides this up and down movements, the patella can tilt sideways in both directions (inside and outside) and rotates slightly inward and outward. So, the motion of the patella is more complex than what we can see on the surface. 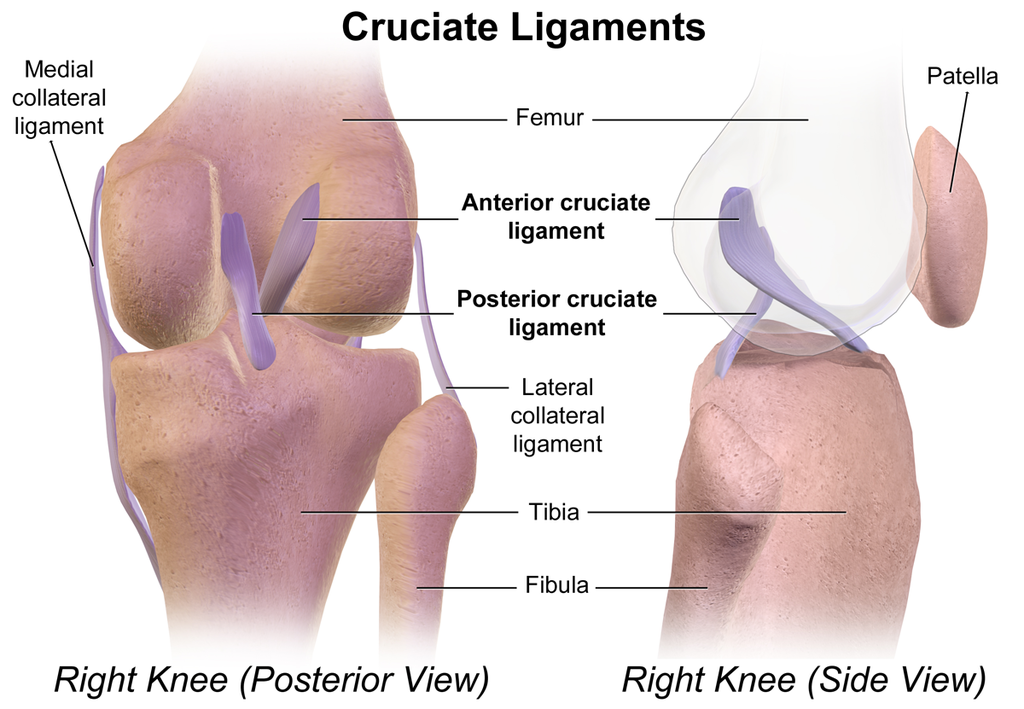 When discussing the biomechanics of the knee joint, it’s important to describe the quadriceps force vector, which is the direction in which the patella will move upwards when you straighten your knee since there are many muscle fibers that pull on it from different directions. (This is also part of knee tracking.)

This means that the inwards force keeps the outward force in check, preventing the kneecap from sliding out during a forceful knee extension movement, thus preventing knee dislocation.

The combined coordination of the nerves, tendons, muscles, and ligaments provide stability to a “floating” patella. But this is also one of the chief process that leads to PFPS.

Is patellofemoral pain syndrome the same as runners’ knee?

Runners’ knee is a vague term to describe the presence of PFPS in runners. PFPS can be caused by many reasons, one of which is repeated strain on the kneecap. Reduced quadriceps strength and calf muscle tightness are some of the common causes of PFPS in runners, hence the term “runners’ knee.”

What are the main causes of PFPS?

Common causes of PFPS include the following: steep increase in knee loading such as sudden increase in workout rate, volume, or resistance, tightness of structures surrounding the knee including the IT band and muscles, weakness of quadriceps and hip muscles, poor neuromotor control of the hip and knee muscles, and increased mobility during foot pronation.

The most common symptoms of PFPS are anterior knee pain that often gets worse with squatting, stair climbing, and too much sitting. All these activities cause repeated stress on the knee joint as they load the joint in a flexed position for a long period of time.

Clinical findings may also include a positive patellar tilt test. Differential diagnosis of PFPS is based on the patients’ complaints with specific movements mentioned above, along with a positive patellar tilt test. It’s where a physician or physical therapist compares two or more conditions that may cause your symptoms since many types of knee pain share the same features, such as medial meniscus tear and IT band syndrome.

If you see a healthcare provider for anterior knee pain, they may rule out some other causes of this pain before diagnosing the condition as PFPS.

The classification of patellofemoral pain syndrome is based on broad categories of findings that may lead to anterior knee pain. This 2005 article describes a classification system, which reflects a consensus reached by the European Rehabilitation Panel for PFPS.

The American Physical Therapy Association (APTA) has published clinical practice guidelines (CPG) to classify PFPS based on the findings of the clinical exam to make treatment easy and more efficient. This is known as the impairment-based treatment protocol.

Basically, the classification system guides clinicians to the best course of action based on whether the knee pain exists with the overuse or overload without other issues like movement coordination impairment, reduced knee strength, and reduced knee flexibility.

Each category is defined by the impairments noted that are the chief contributing factors to PFPS.

What causes of PFPS?

Overuse or overload are two common risk factors that causes PFPS. These factors can be increased by too much running, too much load over a long period of time, or even a lack of movement like sitting all day.

Sometimes poor movement patterns, such as poorly-controlled  valgus motion at the knee is another risk factor of PFPS. This results in an increased Q-angle, which is the angle formed by an imaginary line connecting the anterior superior iliac spine of the hip to the kneecap’s center. This line intersects with another imaginary line from kneecap’s center through to the tibial tubercle, which is the bony bump on the upper tibia.

While some clinicians say an increased Q-angle increases the risk of PFPS, a 2011 study challenged this idea. The study was performed on male and female recreational runners to study the relationship between Q-angle and the magnitude of knee abduction during running. They concluded that a great Q-angle “may not be a risk factor” of PFPS.

There are a few things to keep in mind when following the above categories of PFPS. The strength deficits mentioned in the hip are correlated with PFPS, however causation is uncertain. This means that it’s not clear whether the anterior knee pain causes the weakness of the hip muscles, or if the hip muscle weakness led to the onset of knee pain. It’s like the “chicken or the egg” dilemma.

The other important factor to remember is that for most individuals, the subgrouping is a little more complex than neatly going into one little box or category. In clinical practice, it is not uncommon to find that most individuals straddle more than one category, and the most cases are “gray” rather than black or white.

Finally, psychological factors such as fear avoidance, kinesophobia, pain catastrophizing, anxiety, and depression play a role in individuals with PFPS, just as they do with any other musculoskeletal pain.

If you happen to visit a physician or a physical therapist for anterior knee pain, they will rely on the clinical history as their primary  “pain symptom checker” along with the examination findings discussed previously as their primary method of diagnosis of PFPS.

According to the JOSPT, patients with PFPS related to overuse/overload benefit primarily from patient education to understand activity pacing and activity modification techniques.

Those who fall in the second subgroup of PFPS with movement coordination deficits will benefit from gait retraining, adjusting their running mechanics with changes in the foot strike combined with hip and knee exercises to re-train proper movement.

Both types of exercises have been shown to be almost equally effective, whether it is focused on the knee or hip.

Patients with mobility issues can benefit from treatment aimed at stretching. The stretches described in this clinical commentary published in the International Journal of Sports Physical Therapy in 2016 provides examples of these stretches.

Some other treatment tools that may benefit patients with PFPS are knee taping, short term use of customized foot orthoses for those with to much foot pronation, gait retraining, and blood flow restriction (BFR) techniques.

The clinical guidelines also don’t recommend these treatments for PFPS:

Exercise remains the critical component in the treatment of PFPS.

While this article discusses the classification and treatment of PFPS, it is important to consult a healthcare professional for knee pain to rule out referral from other joints or other pathologies that may masquerade as patellofemoral pain. Most patients straddle a couple categories of PFPS.

Here are some of the exercises that follow the classifications and address the limitations and impairments that define that subgroup. The stretching part includes hip flexor stretch, quad stretch, and calf stretch. The neuromuscular re-education exercises consist of correction of knee valgus during single limb stance and squat. Hip exercises include lateral walk with resistance band at knees (this can be progressed by having the band at the ankles and then to the forefeet), lunges, step ups forward and lateral, and standing hip hike. Squats and deadlifts can be progressed according to patient tolerance and capacity.

There is indeed a wide range of exercises for each category and exercises should be tailored to the individual’s needs and goals. Graded exercises along with optimal loading to challenge the target tissue should be the goal with each exercise.

Pain management can be as simple as changing of your knee position often, or  maybe performing some standing marches or taking a short stroll to minimize pain symptoms.

PFPS is a common yet complex condition, and a careful examination followed by tailored, customized treatment is the key to management of this condition. Besides the biological and structural causes mentioned here, psychosocial perspectives should not be discounted.

When treating anyone, the individual’s psychosocial status matters just as much as the structural impairment. A balanced holistic approach respecting the person as a whole, with their own beliefs, perspectives, and attitudes, shaped by past experience and encounters, will go a long way in better outcomes rather than zooming in on the knee. My name is Tanvi Maharaja. I work as a Physical Therapist in an outpatient hospital setting in the Greater Boston Region. I have a Doctor of Physical Therapy degree, and I am a Board-Certified Specialist in Orthopedic Physical Therapy. I am also an eclectic practitioner of manual therapy, being a Certified Manual Therapist through NAIOMT, with a special interest in the spine. I love to write, cook, swim, and go on long walks to nowhere with my family. 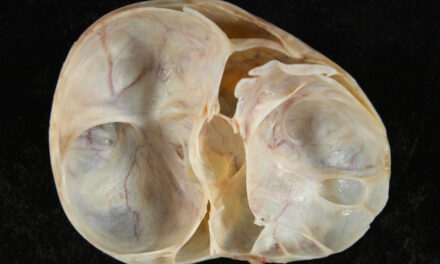 Do Ovarian Cysts Cause Back Pain? 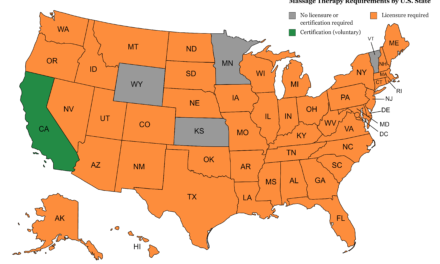 Differences Between a LMT and CMT 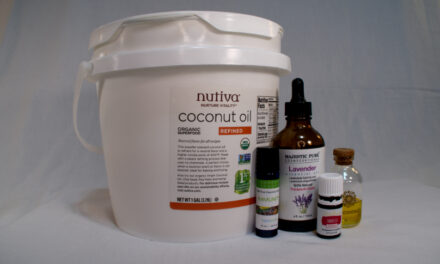 Massage Lotions vs Oil: Which One Should You Use?