Research finds no difference in pain outcomes among Kinesio Taping, McConnell taping, and sham taping, but what does this mean for manual therapists and patients with knee pain?

Researchers from Ithaca College in New York found that two popular types of taping techniques (Kinesio Tape and McConnell taping) are just as effective as sham taping to temporarily reduce anterior knee pain. The research team, led by Dr. Rumit Singh Kakar, said that “no single method resulted in consistent changes across all test tasks or outcomes. The lack of consistent benefit indicates that while various taping methods are used clinically to conservatively treat anterior knee pain, there may not be one specific taping intervention strategy that benefits all patients equally.” (1)

Ten participants were recruited from the college campus with self-reported knee pain. Since this was a cross-over design study, each person performed three exercises with three different taping methods in a particular order. First, they each performed a step down, drop jump, and body weight squat (where they squat until the femur is parallel to the ground) for three trials without taping. Then they performed each exercise in the same sequence again (three rounds) with three different taping methods. All movements were recorded with motion capture.

For all three exercises, the researchers found that all three taping methods can reduce pain during a squat, but they may not be very clinically significant because the changes “did not exceed the MCID for the VAS scale used.”

The MCID (minimal clinically important difference) reflects on the “smallest change in a treatment outcome that a patient would identify as important.” (2) Thus, the lack of differences between the three taping techniques “diminished their potential clinical importance.”

There were also not much differences in knee flexion angle increase and hip abduction decrease among all three taping techniques in the step down and drop jump exercises.

Some people who read the study design pointed out about the small sample size, which may increase the margin of error and reduce the effect size. However, Dr. Kakar explained in an online interview that researchers decide how many people are recruited in a sample is based on statistical power analysis and effect size that give them the information needed to find just enough differences between the groups or conditions in the study.

“For our study, 10 participants was acceptable sample size,” he said. “Also, we have reported effect sizes for the comparisons drawn to provide much greater clarity on the directions of differences between the taping conditions. The effect size plots provided goes far beyond in understanding the differences rather than relying on just p-values of the statistical tests performed.

He agreed that a larger sample is needed and may even further support their current results. “Repeatability of a study is definitely important and helps scientists and clinicians confidently accept the results,” he suggested.

So does it matter which tape or taping technique you use?

Short answer: Probably not. The current scientific literature on Kinesio tape’s effectiveness for various types of pain found that it is not better than sham taping or regular athletic tape that you find at a drugstore. A plausible reason why it does not matter how you put the tape is because the tape offers a change in how you sense and perceive pain from the peripheral nerves on your skin. (3) Thus, any type of stimulus upon the skin may reduce pain sensation and improve your confidence in moving.

Given the complex nature of pain, remember that psychological factors and social cues can influence how you perceive pain, such as your relationship with your therapist, your belief in whether taping works or not, and your prior experience in taping.

“We suggest that Kinesio, McConnell, or sham (regular athletic tape) all could potentially provide similar short-term benefits like reducing perceived pain, and this can be used by clinicians to their benefit in teaching and treating movement mechanics that will be helpful in the long run,” said Dr. Kakar. “These benefits are not limited to any one kind of tape or taping technique.” 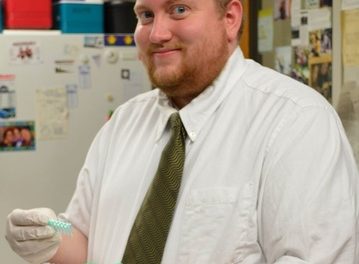 What We Can Learn From a Scientist Named “Marion”

What Is Femoroacetabular Impingement: Treatment and Evidence