What Is a Baker’s Cyst? A Baker’s cyst, or a popliteal cyst, is the inflammation of one of the bursae of the knee. This is often caused by rapid accumulation of the fluids in the bursa, which may lead to inflammation from constant rubbing of the muscles and tendons during movement. While this is more common among adults with a history of knee or leg trauma, a Baker’s cyst can develop with other joint diseases and disorders, such as different kinds of arthritis and meniscus tears.

Several studies found that the prevalence of Baker’s cyst varies among different populations. While some sources say that it is uncommon among children, there is a significant number of adults (middle-age and older) who show symptoms of Baker’s cyst.

One German study in 1999 found that among 168 asymptomatic children ages 14 and under, only 2.4% of them—four patients—had a Baker’s cyst. In 2011, a group of German researchers followed 80 children, in which 55 of them had a Baker’s cyst, over five consecutive years. At the end of the study, 29% of them had symptoms and complications from the cyst, and knee pain was reported among 56% of the children.

Other countries reported as follows:

It is most likely that treatment from a qualified medical professional would be necessary to reduce pain and prevent further infection. But what does the current scientific evidence say about operative and non-operative treatments?

The knee has several types of bursae that reduce friction between the bones, muscles, and tendons during movement. The Baker’s cyst comes from one of these, which is called the gastrocnemius-semimembranosus bursa. It is located between the medial condyle of the femur, the semimembranosus tendon, and the medial head of the gastrocnemius, slightly below the popliteal fossa.

Back in the mid-1970s, Dr. Per Gunnar Lindgren of Uppsala University in Sweden demonstrated that the gastrocnemius-semimembranosus bursa is responsible for causing the Baker’s cyst. Because the bursa has an opening that allows synovial fluid to flow one way into it, this flow tends to increase among older people because the joint capsule loses its elasticity with age.

Accumulation of fluids builds up pressure that may eventually rupture through the thin membrane that separates the bursa from surrounding tissues. Even if the bursa does not rupture, the enlargement can cause restriction of knee flexion and extension, joint stiffness, and even pain behind the knee. However, small Baker’s cysts may likely be asymptomatic.

Other causes could be from physical trauma to the bursa and joint capsule herniation.

Symptoms of a Baker’s cyst include swelling and achy pain in the back of the knee, and it often occurs when patients extend their knee fully. Sometimes the swelling can get so large that they may even prevent some patients from flexing their knee, which can limit their movements like walking and climbing stairs.

Swelling of the calf (edema) may also happen when the swelling of the bursa compresses nearby blood vessels. Such symptoms would be similar to deep vein thrombosis and thrombophlebitis.

Both surgical and non-surgical treatments have some success in not only reducing the symptoms of Baker’s cyst, but also removing the cyst without compromising knee function and general health.

Eight out of nine studies used corticosteriod injection to the cyst and one study used radiation therapy. Among the injection studies, all but one also used another type of treatment, such as aspiration (draining of the cyst fluid) and electrical therapy.

Despite the mixed results of these studies, the authors of the systematic review still favor conservative treatment as the primary care. Ultrasound imaging of the popliteal cyst should be used to predict how a patient would respond to a treatment.

However, cysts with a thick coating may be resistant to injection treatments. They suggested that creating an opening of the cyst (fenestration) to drain the fluid first would have better outcomes.

In some cases, treating the actual problem, such as meniscus tears with symptomatic Baker’s cyst, can resolve the cyst problem without even touching it. However, Van Nest et al. warned that “patients with high-grade osteoarthritis may need additional operative treatment to resolve the popliteal cysts because of persistent joint effusion.

Thus, the authors suggested that a combination of open and arthroscopic surgery should be used, depending on the patients’ condition, but they cautioned that open surgery alone shows “no clear demonstration of superior outcomes.”

With the lack of randomized controlled trials and sufficient prospective studies, there are no standard guidelines for clinicians the best way to diagnose and treat a Baker’s cyst.

Frush and Noyes cited that although British physician William Morrant Baker was credited with the name “Baker’s cyst,” it was another physician, Robert Adams, who first described the bursa in 1840, including the valve that moderates the fluid flow.

By the 1870s, after Baker became the Warden of the College of St. Bartholomew’s Hospital in 1867, his subsequent research on the popliteal cyst became more well-known, and the condition was named after him.

In his obituary in The British Medical Journal in 1896, he was described as a more proficient writer than a physiologist, being able to “use his pen and editorial talents for educational purposes. Baker was so respected by his peers and students that they nicknamed a popular physiology textbook at the time (Kirkes’ Handbook of Physiology) “Baker’s book.”

Although Baker was well-known for his studies on the popliteal cyst, he also had contributed to the studies of anthrax, whitlow, and ranula.

Patients or clients with Baker’s cyst, whether they have symptoms or not, should be taken with extra caution.

“Cysts do not have to be symptomatic. So a finding—whether from a PT, MD, MT—isn’t indicative of the cyst being a pain generator,” Bill Jones said, who is a physical therapist and personal trainer at Jonesercise in Columbus, Georgia. “If a cyst was ‘symptomatic,’ I wouldn’t advise direct treatment to the cyst but more indirect around, above, and below the area as there may be muscular tension or splinting around the cyst area.”

Aside from massage therapy techniques, Jones emphasized that communication skills are another important part of the treatment that some therapists overlook.

“About 95% of the folks I see have had symptoms for years, have had multiple physical therapy treatments, been told different things by different practitioners,” Jones said. “Essentially, I start out in a hole so to speak with them. The first thing, for me, is not having any preconceived notions about the person I’m about to see. It takes a lot of practice to let go of any bias I might have and is a continued effort but a worthwhile effort.”

For Jones, listening to his patients is a huge part of what he does. He may pick up something from his patients’ narrative that previous practitioners may have missed. So in terms of dealing with pain behind the knee or other joint and muscle pain, the listening part can be just as beneficial as the hands-on work.

“Their stories are real. What they feel is real. Their descriptions are real,” Jones said. “And trying to get any change at all has to come from respecting their stories.” 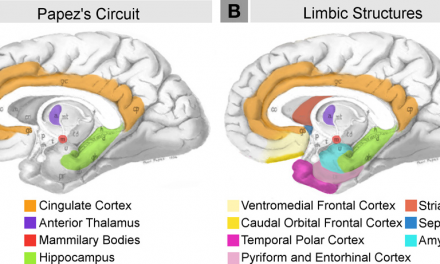 Does Lactic Acid Really Cause Muscle Soreness After Massage?