Many people find short-term stress and pain relief from back pain by “popping” their back or have a manual therapist, like a chiropractor, do it for them. Common ways to pop your back include sitting on a chair or standing up and turn your torso to your right or left or using a foam roller.

But what is the nature of the popping sound when you pop your back, and how risky is it? Is it mostly mechanical, neurological, or a little bit of both? And are current explanations from manual therapists, like descending modulation and the biopsychosocial model of pain consistent with what scientists find about back popping?

What causes the back to pop?

Research on joint popping goes as far back as 1911 in Germany when physicians thought joint popping exhibited among only diseased joints. However, in 1947, two British physicians—Roston and Wheeler Haines—performed the first experiment on why and how fingers pop and found that this happened in healthy joints, too.

Using X-rays to create a story-like visual of how the joint changed before and after the popping, they found that when a small amount of tension is applied to a finger joint (metacarpal-phalangeal), the joint separates temporarily by 0.5 to 2 millimeters without any sound.

When a larger force is applied, enough to produce the popping sound, the joint separates between 1 to 3 millimeters. It took about 20 minutes of resting before the joint can produce another popping sound when it is pulled again.

The scans also revealed a “clear space” between the joints after the popping, which led to the assumption that this was the cause of the sound due to quick changes of pressure and the release of gas “bubbles” from the synovial fluid—also called “cavitation.”

This was accepted as fact until 1971 when three British researchers repeated the early experiment and came up with a different conclusion. It’s not the gas that causes the popping; rather, it’s the collapse of the bubble during cavitation. This led researchers and clinicians to the potential bone and joint damage the process may cause since cavitation is known to wear away propellers in ships and pumps impellers.

Since then, there has been many debates among scientists on the findings and alternative explanations for the popping sound. In 2015, a group of Canadian and Australian researchers, led by Dr. Greg Kawchuck of the University of Alberta, did something that may have quieted the debate for a while. They repeated the experiment and captured the joint pop in live action with cine MRI. Although this technology is commonly used to make short videos of cerebralspinal fluid in motion and blood moving through the heart, no one had used it to observe a joint pop.

The researchers’ findings were consistent with Roston and Wheeler Haines’s research, but not the 1970s one. They wrote that the former’s radiograph series “correctly identified the sequence of events that characterizes joint cracking. Although technical limitations did not allow them to see formation of the cavity during sound production, but only its presence after its formation, they correctly identified creation of the clear space as the defining event of joint cracking.”

While second study contributed to a better understanding of how joint symmetry affected joint cracking, synovial fluid gas composition, and an explanation of the refractory period, it did not “provide any direct evidence of a cavity collapse despite their conclusion.”

As seen in the video, the “bubble” (the dark spot between the joints) appeared after the pop and disappeared when the tension is released from the finger. But when tension is applied again before the refractory period is over, the bubble appeared again without the pop.

“Even if the ‘bubble’ is reabsorbed after joint cracking to then be reformed in some fashion with subsequent distraction, the appearance and persistence of a cavity following rapid joint separation does not support bubble collapse as a mechanism of joint cracking,” Kawchuk et al. wrote.

“I think you can say with confidence that the same phenomenon we documented in the finger also occurs in other synovial joints, like the facet joints of the spine,” Dr. Kawchuk explained in an online interview with Massage & Fitness Magazine. “This, of course, is the type of sound that cannot be produced again until a few minutes has gone by and the system resets. The other type of sound is called crepitation and that produces sounds you can produce over and over again like a clicking ankle. This is a different mechanism and occurs when something is rubbing over something else.”

Is it safe to pop your back?

The human body is not a metal, and so far, there’s no strong evidence that indicates popping your back and other joints regularly can cause damage to joints and bones via cavitation. Kawchuk et al. wrote, “Presently, the literature in this area is confusing in that the energy produced during joint cracking is thought to exceed the threshold for damage, but habitual knuckle cracking has not been shown to increase joint degeneration. Ultimately, by defining the process underlying joint cracking, its therapeutic benefits, or possible harms, may be better understood.”

However, there’s mixed evidence regarding getting the back “popped” or “adjusted” with various types of spinal manipulation therapy (SMT). One meta-analysis and systematic review published in JAMA in 2017 favors SMT over for acute low back pain by giving it a “moderate” level of evidence.

However, the mixed methodology makes the review rather unreliable in determining the efficacy of the treatment. For example, studies with smaller sample sizes tend to favor positive outcomes of SMT, while those with larger samples tend to find no difference or additional benefits between SMT and another intervention.

“When you look at the graphs and error bars, even the small benefit from the unsuccessfully blinded chiropractic overlaps with the comparators,” Dr. David Gorski remarked about the JAMA study on Science-Based Medicine. “This is a negative study, and rating it a three is overly optimistic. Still, the meta says it favors spinal manipulation.”

Since 2017, there has been a few systematic reviews that examined spinal manipulation efficacy for chronic back pain, risks versus benefits, and safety. One review pooled data from 118 reviews and guidelines and concluded that current literature is “not possible to provide an overall conclusion about the safety of SMT” because of the most of the reviews are “non-systematic and of poor quality.”

The top five adverse effects reported including stroke, headache, tear in vertebral artery, increase pain, and fatigue. The authors further added “reviews with less methodological flaws typically communicated that SMT may be safe; however, the methodological quality was in general low and the included reviews very heterogeneous.” Unlike the joint popping experiment, many of these reviews that investigated safety could not be replicated.

A 2019 systematic review and meta-analysis examined 47 randomized-controlled trials with a total of 9,211 patients with samples sizes ranging from 21 to 1,344. About half of these trials reported adverse effects, but the researchers do not know whether such adverse effects, like pain and fatigue, are caused by SMT.

They concluded that SMT for chronic low back pain has “similar outcomes to recommended therapies for short, intermediate, and long term pain relief as well as improvement in function. Also, the quality of evidence varied, suggesting that SMT does not result in clinically better effects for pain relief but does result in clinically better short term improvement in function compared with non-recommended therapies, or sham, and when included as an adjuvant therapy.”

As for popping your own back, there’s no research yet that examines the safety and risks of “self-adjustments.” But if you take precautions, such as not forcing a stretch beyond your tolerance, popping your back should be okay. Even if you don’t hear a crack or pop, you may still get some temporary relief from back pain. The audible pop may likely be a placebo effect, a sign of a “successful” self-treatment. Can Your Massage Therapist Stretch Your Fascia? 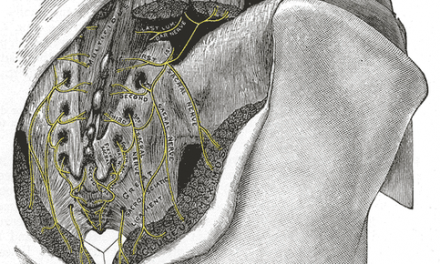