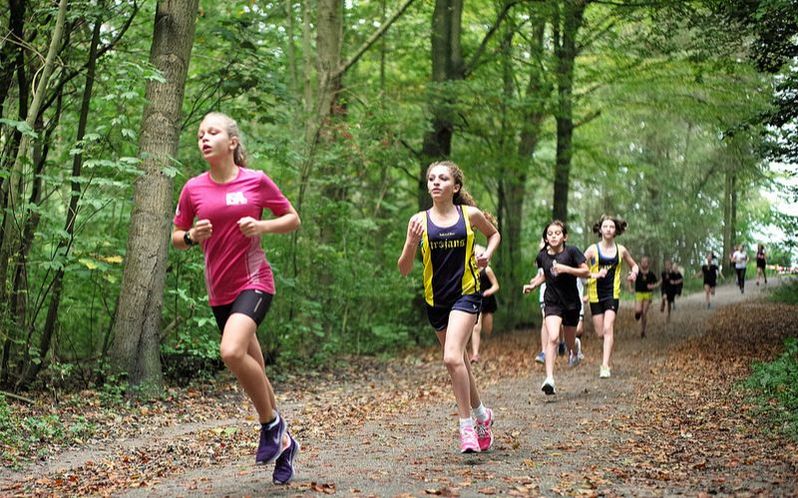 Like eating pizza and drinking wine, running should also be done in moderation if we want to reduce your risk in developing hip and knee osteoarthritis. A recent systematic review and meta-analysis published in the Journal of Orthopaedic & Sports Physical Therapy found that recreational runners had a lower incidence of knee and hip osteoarthritis than competitive/elite runners and sedentary and non-running folks. “These results indicated that a more sedentary lifestyle or long exposure to high-volume and/or high-intensity running are both associated with hip and/or knee [osteoarthritis]. However, it was not possible to determine whether these associations are causative or confounded by other risk factors, such as previous injury,”  the authors reported. (1)

​The study, which was a collaboration among researchers from Canada, the U.S., Sweden, and Spain, examined 24 studies with a combined total of more than 123,000 subjects — 16 of the studies were meta-analyzed (n=112,192). Seven were prospective cohort studies, and 18 were case-control or cross-sectional studies, which most of them had a high risk of bias.

The team pooled the data and found that 3.66 percent of both groups of runners had hip and knee osteoarthritis while the control group had slightly more than 10 percent. Between the running groups, competitive runners had a prevalence of 13.3 percent and recreational runners have 3.5 percent. They also made the following comparisons:

4. Compared with the control group, those with less than 15 years of running had a lower association of hip and/or knee osteoarthritis among the general population between both genders.

Overall, the study suggests finding the “Goldilock Zone” of running is likely your best bet to minimize the risk of getting excessive wear-and-tear of your joints. Keep in mind that you could still get osteoarthritis whether you run or not; it’s more of a matter of how well you recover, move, and adapt to the regular stress upon your hip and knees.

Confounding Factors May Skew Cause and Effect

Sometimes in research, various factors that are not examined by the researchers or cannot be controlled in the experiment can distort how we interpret studies. The authors pointed out several confounding factors that could influence why some runners have a higher or lower incidence of osteoarthritis than others. These factors include smoking, previous injury history, weight, occupational workload, and exposure to other sports and activities.

Even though this may be good news for weekend warriors and a dampener for marathoners and non-runners who don’t like running, this review and analysis is not very conclusive. The authors added several problems with their study which we should take precautions before making claims to our patients or clients. These include:

1. None of the studies reviewed were randomized-controlled trials. They wrote, “The ideal study to investigate the risk of [osteoarthritis] associated with running would have been a prospective, randomized, double-blind study with one group running regularly over a long period of time, compared with another sedentary group and excluding or controlling the influence of previous injury, highly demanding occupational workload and overweight.” As mentioned before, cohort and cross-sectional/case studies have a high risk of bias and cannot be used reliably to make a good conclusion.

2. If subjects were engaged in other physical activities, like soccer, hiking, tennis, and social dancing, then it’s very difficult to determine how much of these latter activities have an effect on osteoarthritis.

3. The control group was not completely sedentary. They simply did not run (much) or were engaged in other physical activities other than running.

4. There was hardly any mileage indicated in the studies reviewed. So time is not a reliable factor in determining the risk factor of getting osteoarthritis.

5. There was a high variability among the study design (e.g. sample size, methodology) than can skew the data and give a less accurate reflection of the scope of the research.

6. Only studies in the English language were reviewed, so studies in other languages could change the data and outcome.

To Run or Not to Run As Much?

Despite the quality of the review and analysis, we may safely presume that running in moderation is a safer choice, but that does not necessarily mean that training for a marathon or doing other activities other than running will get you to wear out your hip and knees sooner. Osteoarthritis, in general, is more prevalent among older populations, particularly some time in the fifties and sixties. (2) Thus, the risk factors of getting the disease depends on more than just running.

If running is something you enjoy doing and you cannot go through a day without some running like how coffee aficionados love their java, then go do it. As Jack Lalanne once said, “Better to wear out than rust out.”