Active stretching is where you take a muscle group you want to stretch and contract its opposite muscle group without using external support to help you stretch.

For example, if you want to stretch your hamstrings, you lie on the floor and raise one leg as high as you can until you feel a stretch. You contract your quadriceps (thighs) for a few seconds, relax the contraction, and lower your leg. Then you repeat this process a few times.

Some sources say that active stretching is more than just increasing flexibility; it’s a way to warm-up and prepare your muscles for whatever activity you are going to do. However, what does scientific evidence say about active stretching and athletic performance?

Unlike passive stretching, active stretching does not need external forces to increase range of motion. Instead, when you “actively” contract a muscle group, you “relax” the opposite muscle group which allows more range of motion. This idea is based on reciprocal inhibition, where the agonists are under voluntary contraction, and the antagonists have reduced neural activity which allows the muscles to stretch further.

However, one Brazilian study in 2011 found that there is hardly any differences in knee extension flexibility between active and passive stretching among a group of 60 men.

Lie on the floor on your back with both legs extended toward the air with your knees slightly bent. Flex your toes toward your face. Lower one of your legs toward the ground while keeping the other leg in the same position by contracting your quadriceps.

Stop lowering when you feel a stretch in the opposite hamstrings. Hold this position for about 10 to 15 seconds, and then raise your leg back to its starting position. Repeat this exercise for 5 to 6 times one each leg. You may perform 2 to 3 sets.

Stand on one leg and flex one of your knee so that your foot is close to your buttocks. Contract your hamstrings and glute with a slight hip extension to increase the stretch if needed. Hold this position for 10 to 15 seconds and bring your leg down to standing position. Repeat the stretch on the second leg and perform 2 to 3 sets.

Stand with one foot on top of a 2- to 3-foot high box or step, and lean your weight toward the front foot. Contract your glutes to increase the stretch in your hip flexors for 10 to 15 seconds. Then shift your weight back to the starting position and repeat the stretch on the opposite side. Repeat the stretch for 2 to 3 sets.

You may include stretching your lower back turning your torso toward the flexed hip as you hold the stretch. Extend your right arm to your side with your right palm facing away from your body. Contract your triceps as you maintain the stretch for 10 to 15 seconds. Tilt your head to you left to increase the stretch if needed. Repeat the stretch on the opposite side, and repeat it for 2 to 3 sets. What does science say about active stretching and performance?

Although the literature offers mixed results, the weight of the current evidence leans toward active stretching as one intervention to minimize muscle atrophy. This could be beneficial for those who are bed-ridden or recovering from an injury.

More recent research, however, found contradicting evidence to the preview review, like one randomized-controlled trial in Japan in 2015. The researchers compared the effects of passive stretching and active stretching on hamstrings flexibility—with a control group. A total of 54 subjects were randomly selected for the passive, active, or control group with an equal distribution of nine men and nine women.

In the experimental groups, they laid on their back and bent their hips and knees at about 90 degrees as their starting position. They gradually extended their knee until they started to feel a stretch in the hamstrings.

In the passive stretching group, a researcher extended the knee further to a tolerable stretch.

In the active stretching group, the subjects extended their own knee by contracting their quadriceps.

In both groups, the stretch was held for 10 seconds and flexed the knee slowly for 10 seconds. They repeated the exercise for 3 sets. The control group did not stretch.

While both experimental groups had improved flexibility and the control group hardly had any increase, the researchers measured the results and found that the passive stretching gained more than double the amount of knee flexion (+15.8 degrees) than the active stretching group (+7.0 degrees).

The drawbacks of this research include having young, healthy subjects in their twenties, so we don’t know if this study can be applied to older populations. Future studies should also compare different stretch times.

Conclusions about active stretching has its place in general fitness and rehabilitation. Given the small number of studies and reviews about stretching relative to other types of stretching, like dynamic and passive, active stretching could be a part of warm-ups or a gradual way to regain strength and delay muscle atrophy if you are injured.

However, most of the studies on humans focus on the knee and hip joints, so no one is really certain about how muscles in the torso would respond to active stretching compared to the limbs.

But if muscle and neural physiology is pretty similar throughout the body, then we could say that what works for the lower body may work for the upper body. 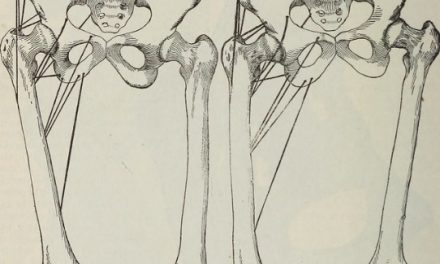