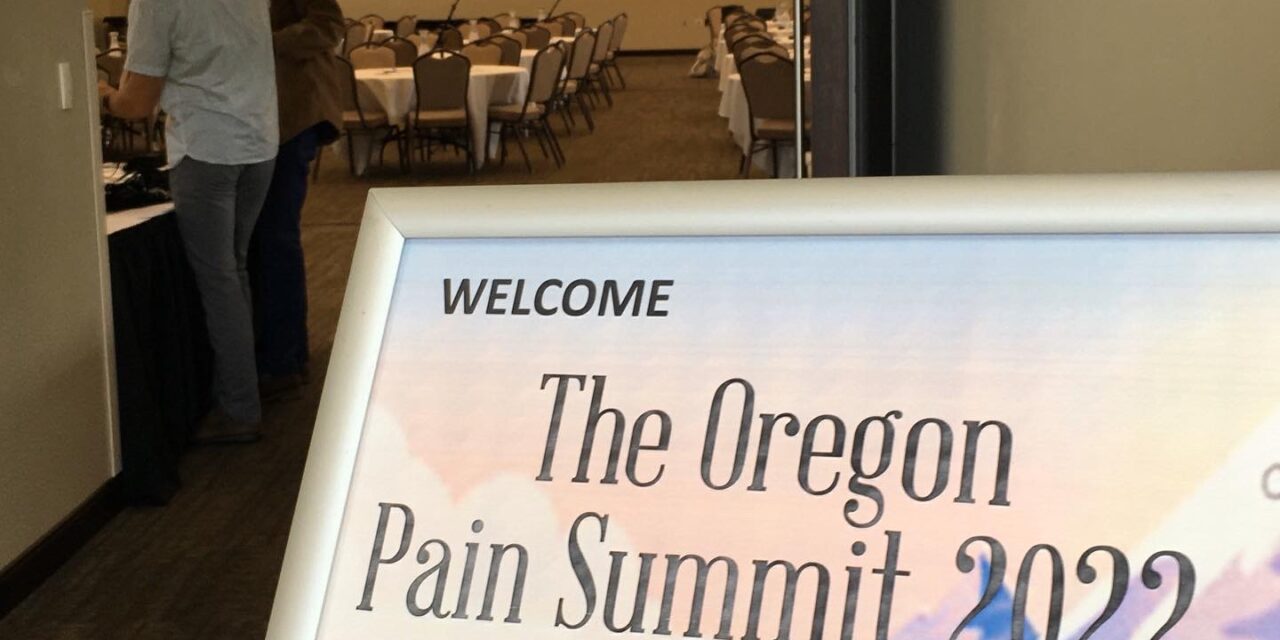 The Oregon Pain Summit (OPS) returned to hosting its event live on Sept. 29 in Lebanon, Ore. Spanning over three days, this year’s presentation focused on some of the tough issues that challenge how clinicians think about what pain is and how to best treat the person in pain based on the best practices and scientific evidence available.

Dr. Lance McQuillan of Samaritan Health Services in Corvallis, Oregon, kickstarted the OPS as the emcee of the event, bridging and setting the pace of each speaker: 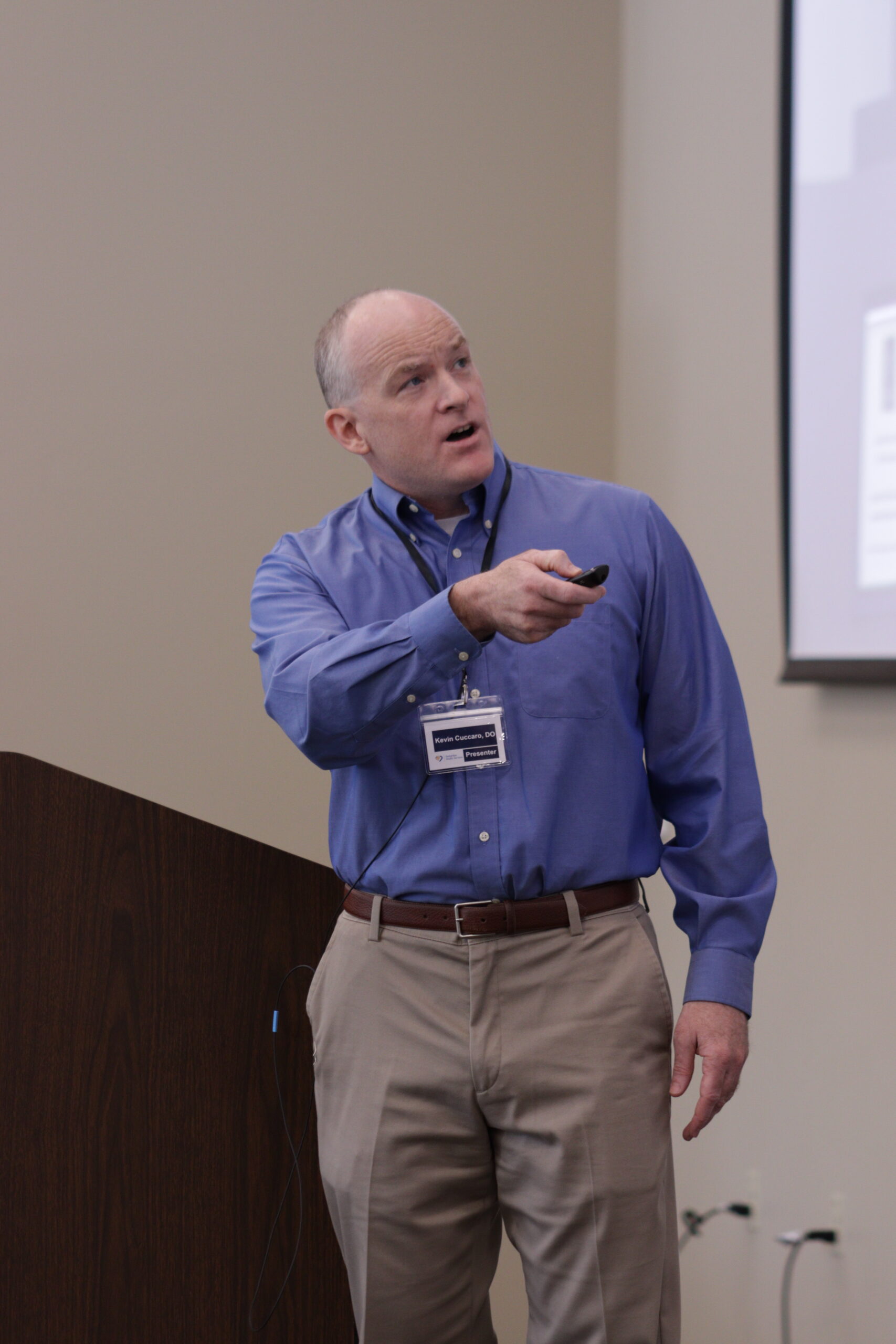 Dr. Kevin Cuccaro started why pain hurts and the broad scope of the pain research literature. (Photo by Nick Ng.) 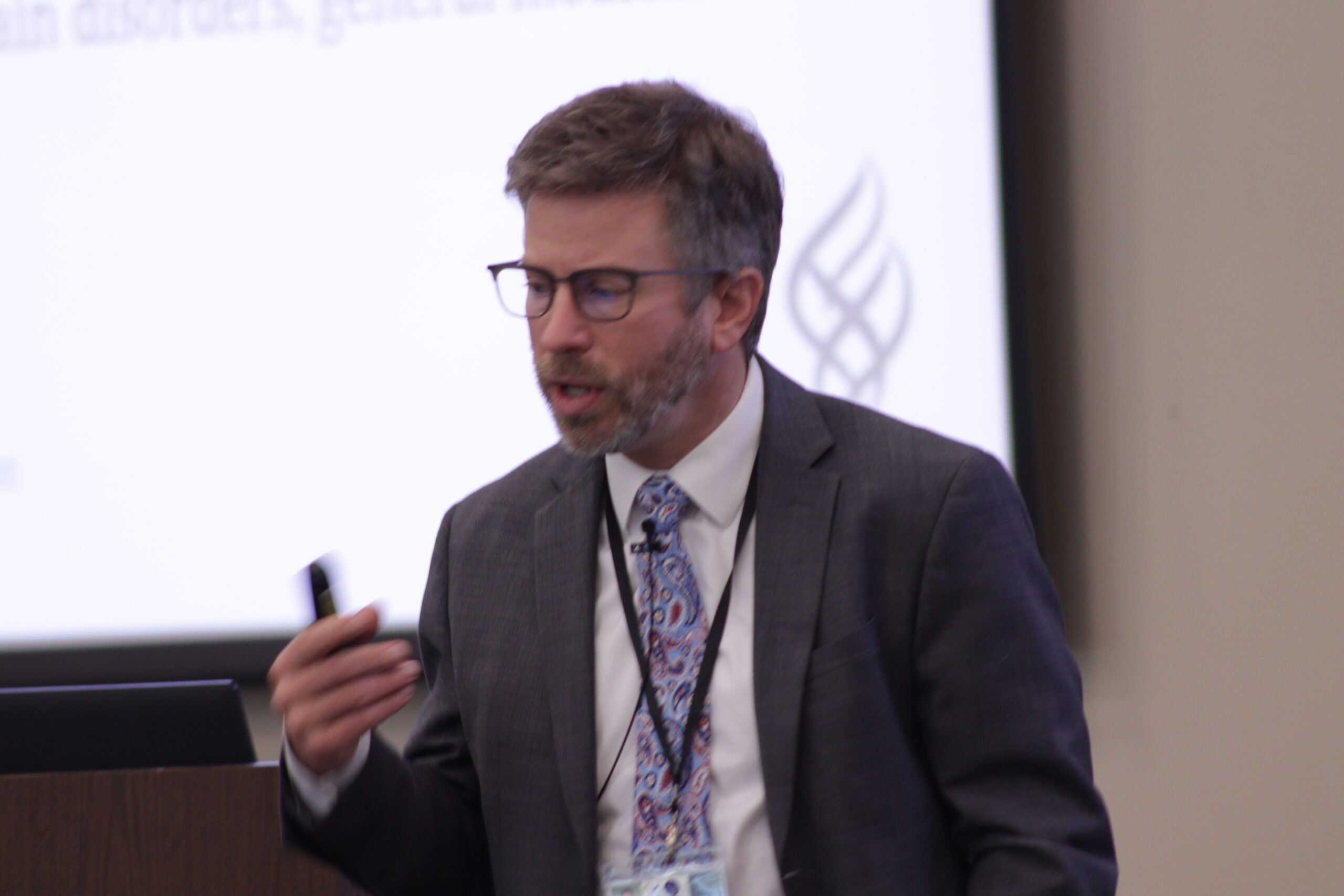 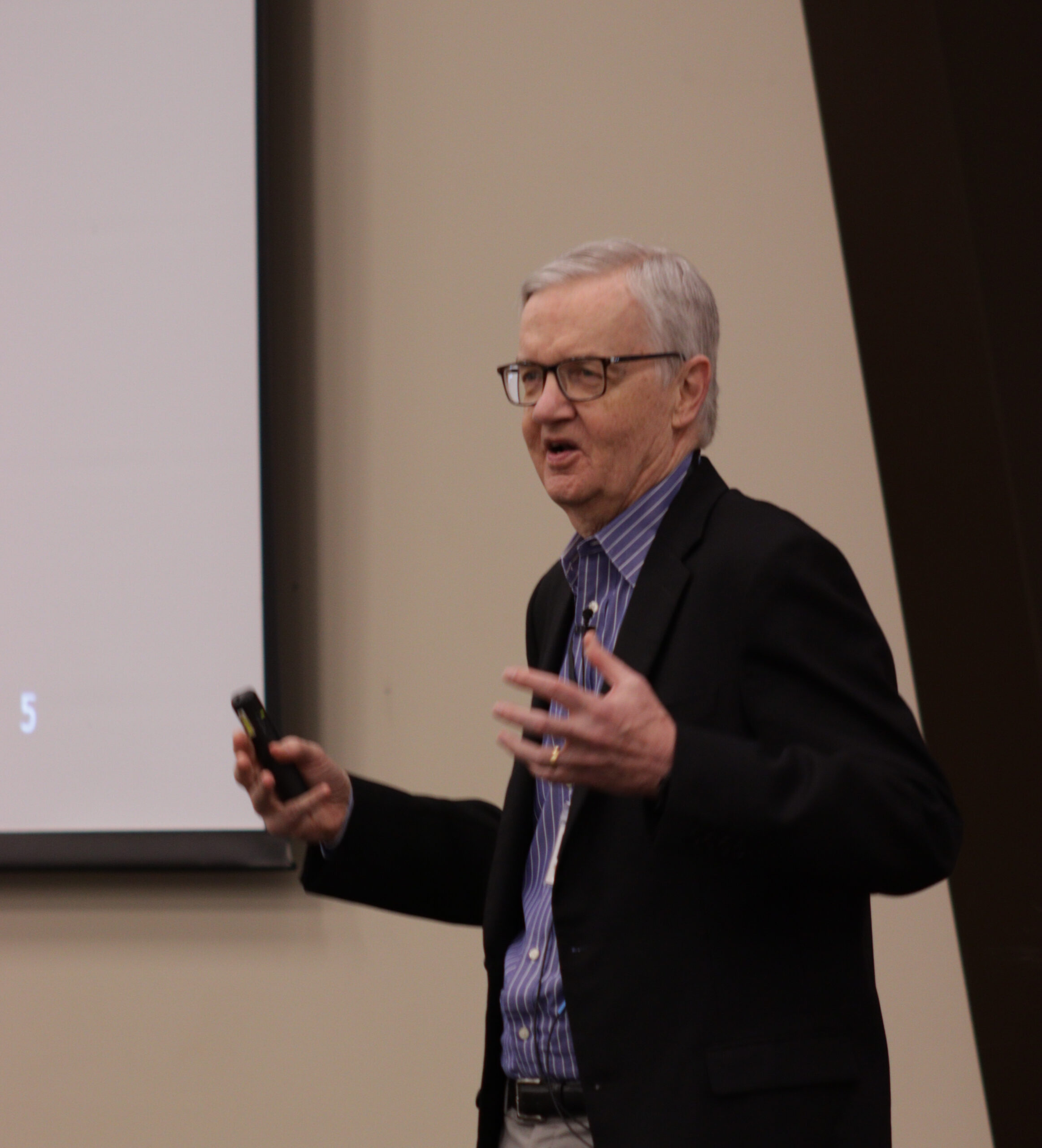 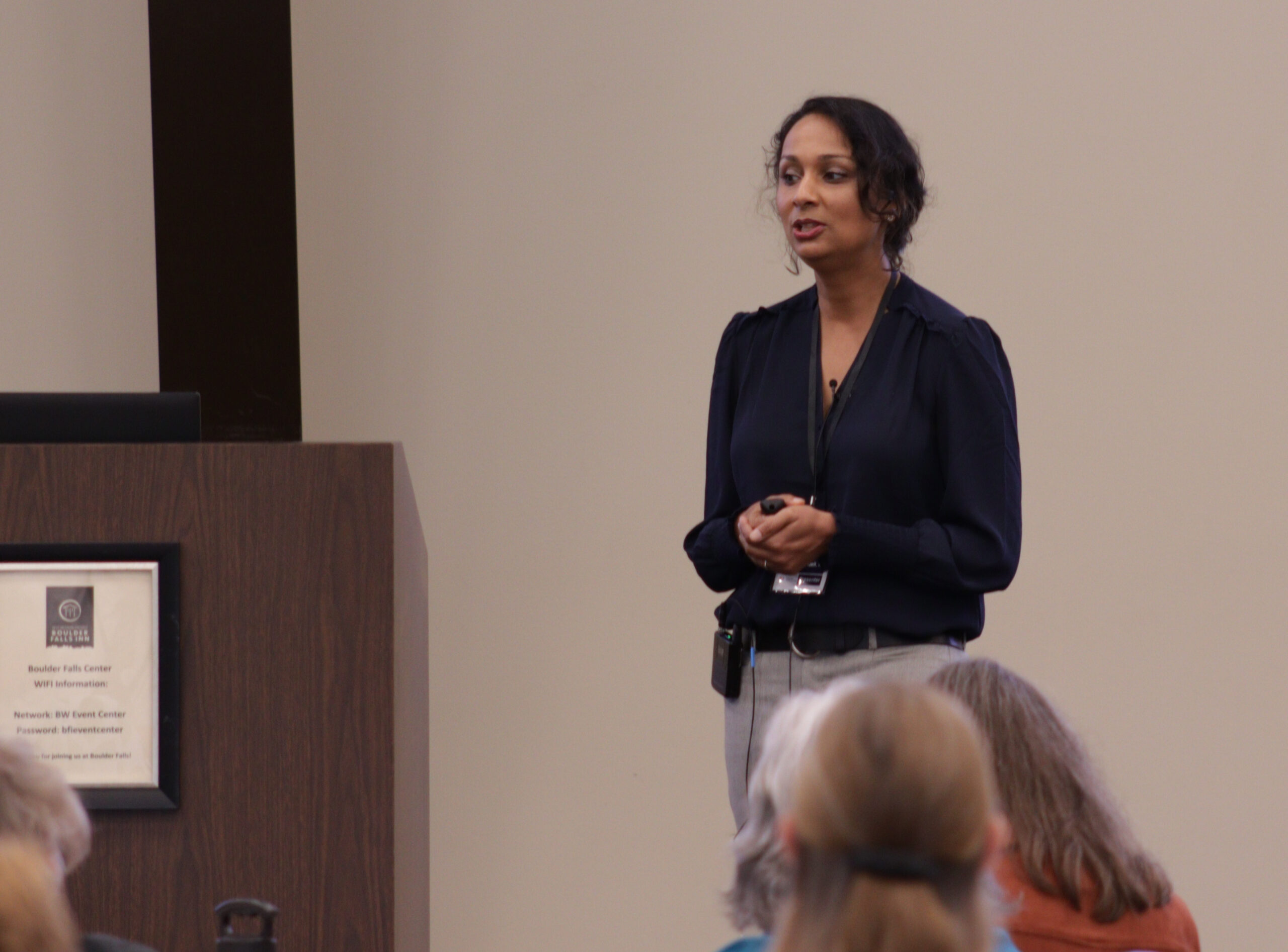 Dr. Mythili Ransdell dug into the evidence behind common pain treatments, such as surgery. 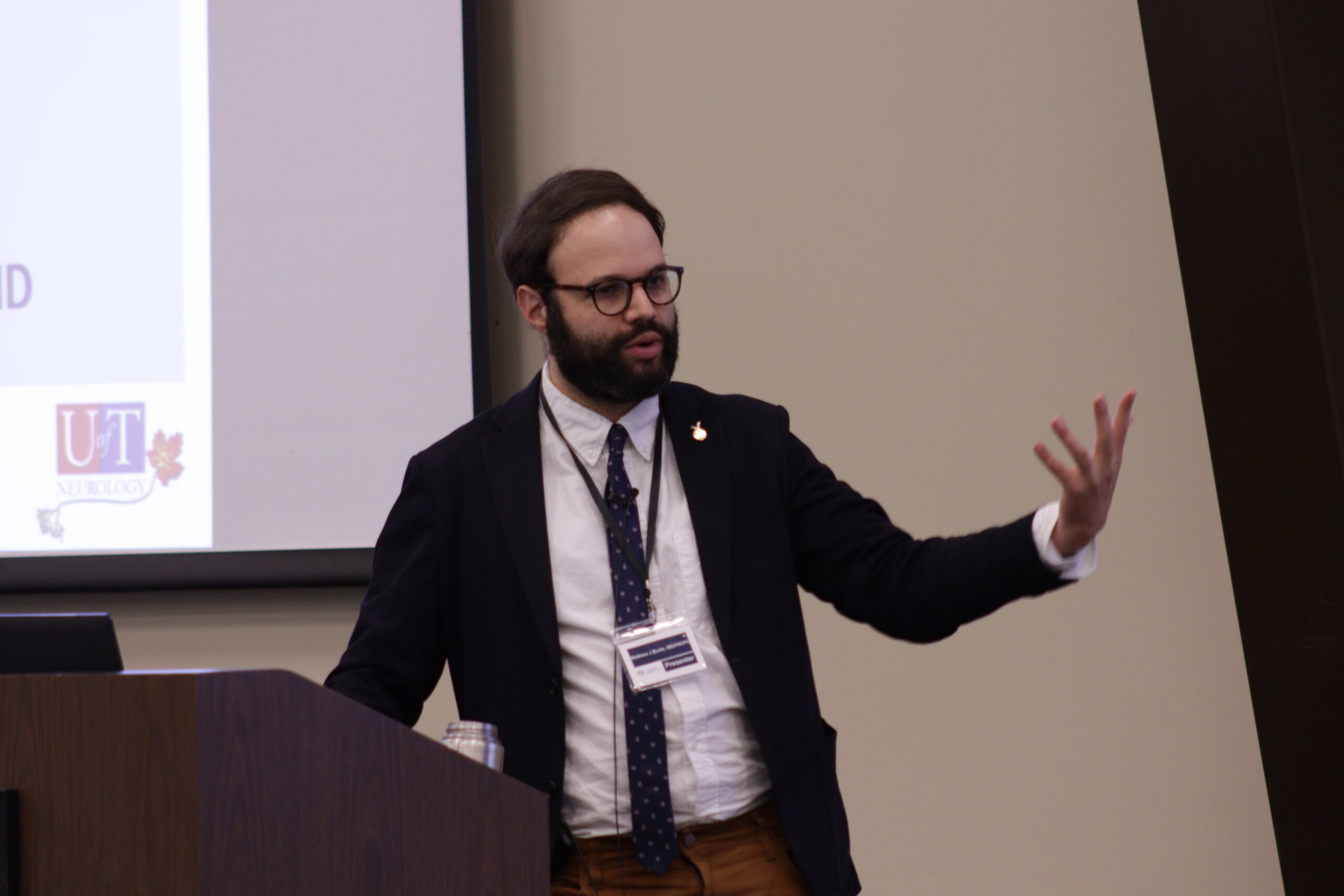 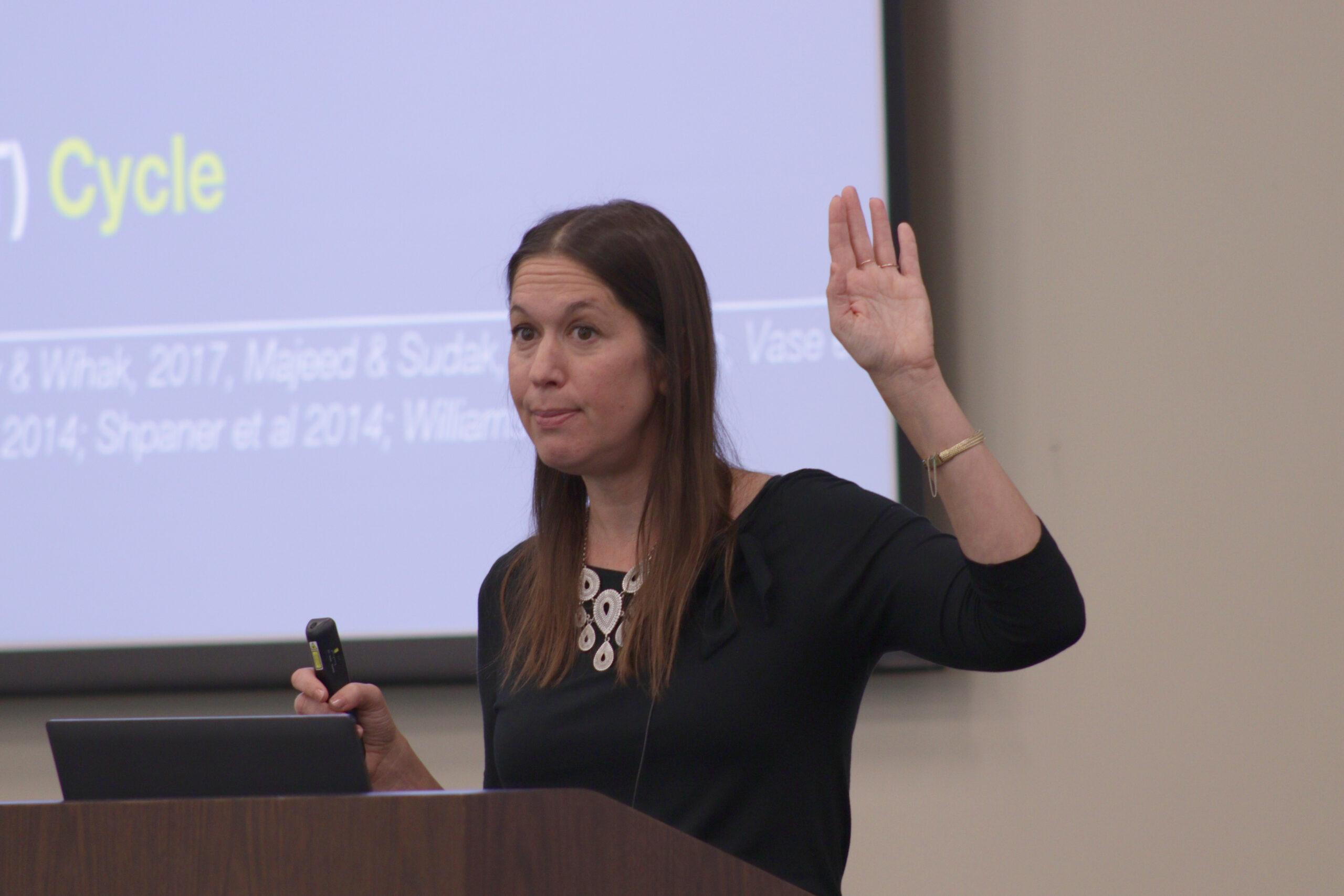 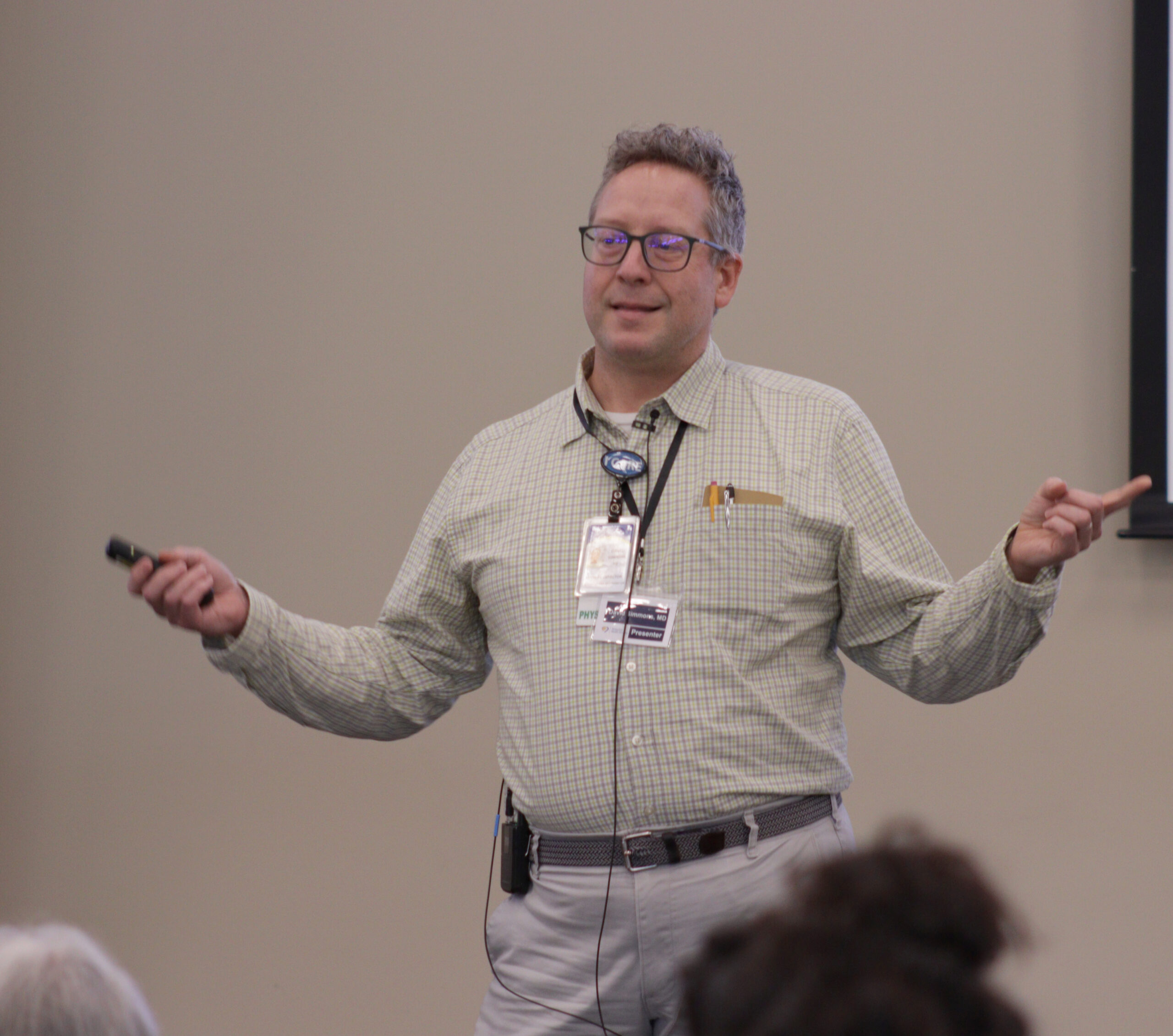 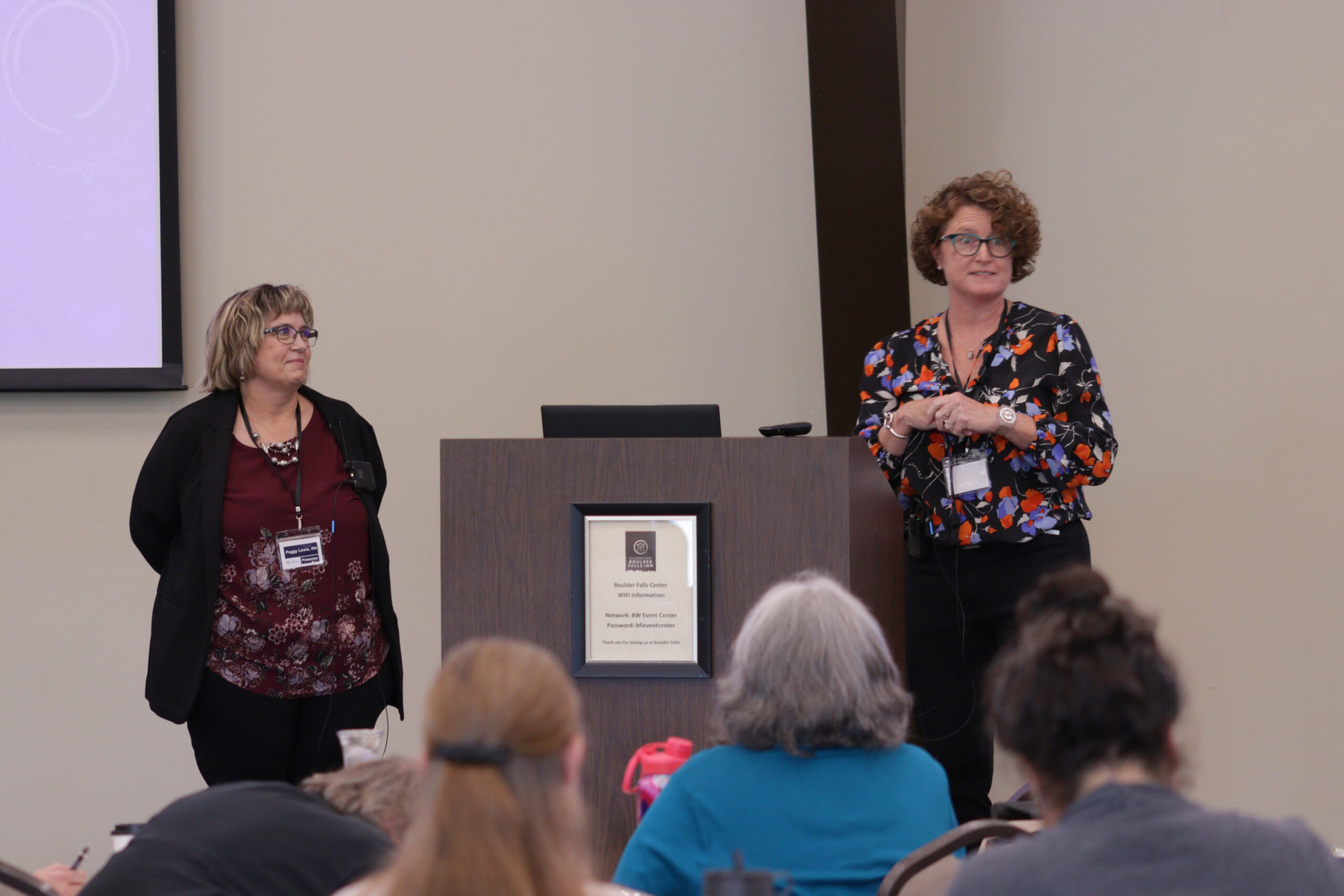 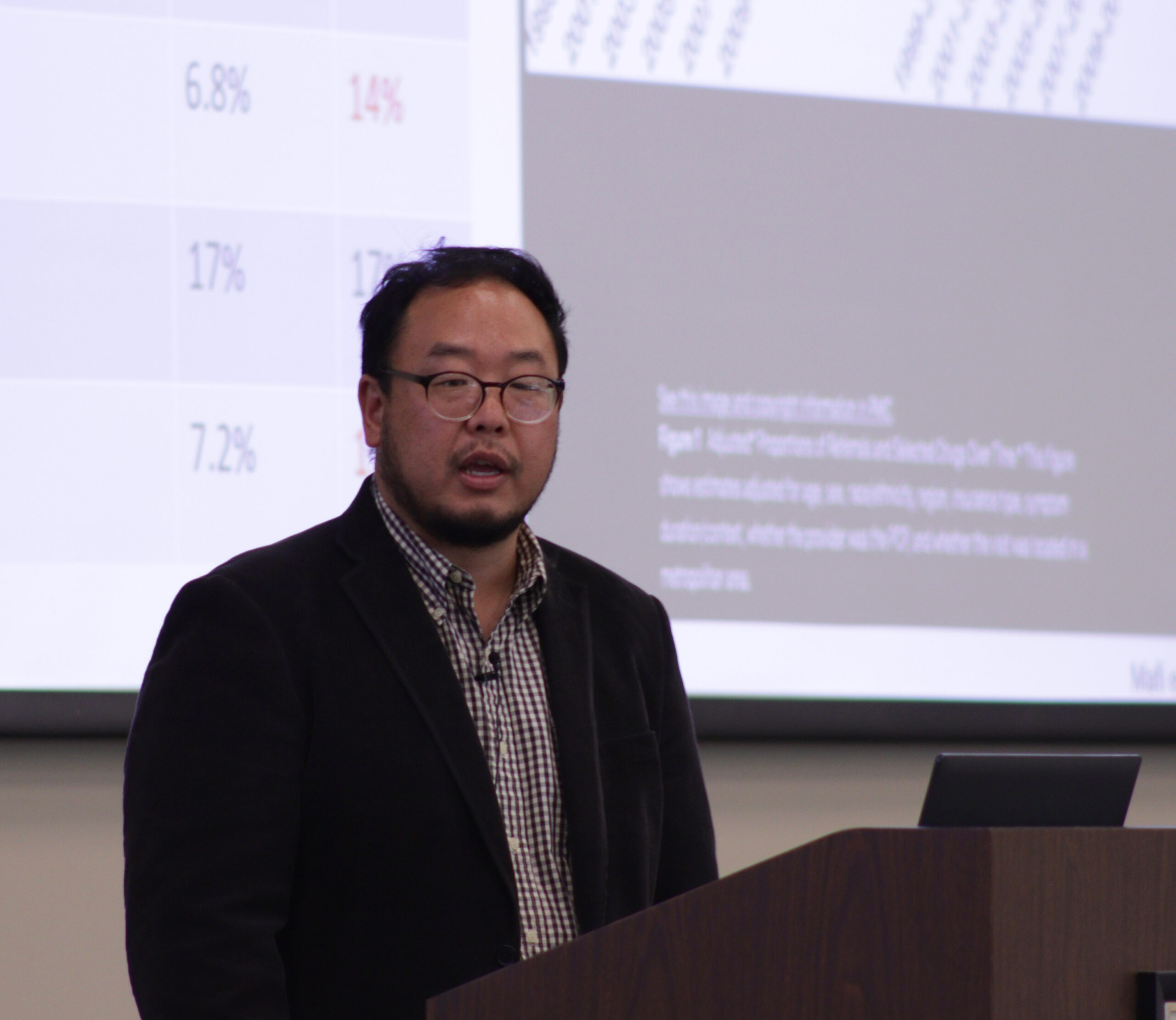 Unlike previous summits, this year’s OPS offers a 30-minute Q&A session after each speaker to let participants ask questions. McQuillan mentioned that this would allow higher engagement from the audience.

“The fourth version of the Oregon Pain Summit went really well. Each year we’ve managed to have a diverse and interesting lineup of amazing speakers. This year was no different,” said McQuillan. “Thinking back on each talk, I get excited about what they were able to share. After last year’s virtual conference, this year being able to do it in person (mixed virtual and in-person) was amazing.  Feeling the energy back in the room was wonderful.”

The idea behind having a statewide pain summit was created by several clinicians who had attended an opioid conference in Oregon in 2016. However, it was Dr. Sharna Prasad and Dr. Kevin Cucarro who ignited the fire and laid the foundations that gave the Oregon Pain Summit life in 2019.

“Kevin has been infecting a bunch of us in the community with an awareness of pain science for about a decade now. Sharna has been in the driver’s seat along with Kevin, creating innovation after innovation to support her patients, her community, and the medical community,” McQuillan said. “She’s an absolute powerhouse of energy and wisdom, the grassroots behind The Oregon Pain Summit in year one and year two—with some important support from some wonderful folks, but really, it was all riding on her back.”

Katie Lake, who is an occupational therapist at Synapse Fitness in Portland, Oregon, said that it’s “nice to be around like-minded [healthcare] providers” who understand the modern concepts of pain and the continued research that supports pain education.

“I found many things useful I can incorporate with my daily practice. Pain recipe, emotional awareness and response, placebo effect and general reminder of the importance of compassion and self compassion,” she said.

Lake also enjoyed how Dr. Zoffness was able to make the psychology behind pain relatable and easy for people to understand. “I definitely think psychology should be pain’s first responder, not the last,” she said.

“Until there’s a critical mass of clinicians who have that flipped switch and have a clear-eyed understanding for pain, I think momentum carries us along business as usual as a community.” ~ Dr. Lance McQuillan

Else Ellen, who is a physical therapist in Lincoln Beach, Oregon, also found the Oregon Pain Summit brought the standard of patient care that was similar to what she was practicing in her home city of Utrecht in the Netherlands.

“What I got most out of 2022 OPS is that I got inspired and motivated to start working again the way I used to work when I worked in the Netherlands,” Ellen said. “In my current job for a big corporate organization, I feel there is not a lot of openness to work this way. The focus is biomechanical and driven by productivity. For me, the conference was a confirmation of what I already believed in, but I kinda lost it since I moved to the U.S. five years ago. I implemented pain neuroscience education again after the conference.”

She said that there is a three-year master’s program in the Netherlands called “psychosomatic physical therapy” in which physical therapists get trained in treating more ‘complex’ patients, such as chronic pain, based on the biopsychosocial model.

“The advantage of having psychosomatic physical therapists is that the general practitioner [who] refers [the patients] can already prepare the patient and shape the expectation of the patient for the treatment that he/she is about to get,” Ellen described. “The rehabilitation clinic that I worked at [in Utrecht] offered an intense interdisciplinary treatment program with the intention to change patients behavior when it comes to chronic pain.”

Such a rehab team consisted of a physician, psychologist, social worker, sports therapist, physical therapist, and occupational therapist. Ellen said that she and her colleagues were very fortunate to work in such a large clinic with so many amenities and options to help patients achieve their goals.

“Looking back now I realize how much of a luxury that was,” she said.

Like Lake, Ellen enjoyed being among like-minded people who speak the same “language” of chronic pain.

“It felt like a work-related ‘homecoming’. I was very inspired by a couple of the speakers, for example, Matthew Burkes talk about placebo,” she said.

In future events, McQuillan would like to take a deeper dive into how much impact the Oregon Pain Summit has made to the attendees and their practices. “We hope to use the data to shape our vision for the conference as well as potentially develop new methods or resources for education for supporting our community,” he said.

Also, McQuillan mentioned that there’s a growing number of clinicians in Oregon who are catching up to the current understanding of pain and “speak the language of pain science.”

“Initially, they may come and listen and feel like the information they learn makes sense and may even be useful, but they may not fundamentally change how they understand pain or their patients experiencing pain because of inertia,” he said. “Eventually, however, a flip switches and then one day clinicians are like, ‘Oh, that’s what pain is about.’

“Until there’s a critical mass of clinicians who have that flipped switch and have a clear-eyed understanding for pain, I think momentum carries us along business as usual as a community. But I’m hoping in the years to come, we’re able to have a critical mass of clinicians who truly understand pain and thus are capable of supporting our patients and community members struggling with pain.”

[Related story: What to Expect in Oregon Pain Summit 2021]

PainCloud 2018 Conference: Changing How to Treat and Understand Pain and Function Oregon Pain Summit 2021: What to Expect