What Is Chronic Pain Syndrome? Chronic pain is sometimes more difficult to treat than acute pain because of the multiple factors that influence the pain experience (e.g. immune system, oversensitive nervous system), its intractable nature, and long-term mental stress that patients with chronic pain endure. It is no surprise that chronic pain gets more attention than acute pain.

On Instagram, #acutepain has more than 13,500 posts while #chronicpain has nearly 3 million posts, as of this article’s publication date.

The term first appeared in a 1984 article by Dr. Robert G. Addison, who advocated for a more holistic approach to understanding and treating chronic pain. He recognized that chronic pain is bound to both the body and the mind, describing various emotions and social problems that chronic pain patients often experience. Examples include a sense of helplessness, anxiety, depression, unemployment, marital problems, and fear of movement.

“A patient with chronic pain syndrome is a puzzle to the treating professional, who usually believes it is necessary to continue to seek the cause of this ‘sick’ person’s problem,” Addison wrote. “When the physician can come to view the environmental and psychosocial issues causes of chronic pain syndrome as ‘real,’ he or she will be able to perceive the patient’s pain as real in the absence of a definitive diagnosis.”

Since then, chronic pain syndrome is now commonly called “chronic pain.” Like many medical terms about a disease or disorder, the word “syndrome” likely carries negative connotations about someone in pain. Some clinicians argue that it should be dropped.

“Sometimes a syndrome is a bunch of symptoms that we aren’t smart enough yet to understand, and the underlying specific disease process and treatment has not been figured out yet,” said Dr. Kirtly Parker Jones, who is a professor of reproductive endocrinology at the University of Utah.

The Center for Disease Control reported that about 20% of adults in the U.S. have chronic pain with nearly 7.5% of them having limiting abilities to work and daily activities. Chronic pain sufferers tend to be older adults at 65 and over. Among children and teens, different studies estimated the range to be 20% to 35%.

Even though chronic pain is difficult to treat, scientific evidence indicates that treatment and management need many approaches, based on the biopsychosocial model of health.

Chronic pain symptoms vary, such as achiness, burning pain, weakness, and fatigue. Some of these symptoms can be felt all over the body, as in the cases of fibromyalgia and CRPS, while some are more localized, such as irritable bowel syndrome (IBS), pelvic pain, and jaw pain. Oftentimes, the pain intensity can go up and down throughout the day or week, and pain can be dormant for a certain amount of time.

Much of the current body of research indicates that there is no single cause of chronic pain. Based on the neuromatrix theory of pain, which is widely accepted for explaining and understanding pain, both acute and chronic pain are influenced by biological, cognitive, and emotional factors.

Traditionally, many clinicians thought (and many still do) that joint pain, muscle pain, and other types of musculoskeletal pain stem from a single or a few causes if there is no disease or injury detected. Such causes include “poor” posture, faulty movement patterns, leg-length discrepancy, tight muscles or fascia, or weak core muscles.

Pain researchers currently understand that biological and biomechanical factors are not the ones that influence chronic pain. They may or may not matter, but they are still a small piece of the bigger pain puzzle. Whether it is neurological, inflammatory, nociceptive, or phantom limb pain, pain also is affected by our thoughts, emotions, and environment.

For example, racial discrimination, economics, and gender can affect the likelihood of developing chronic pain among adults and during childhood or adolescence that carries into adulthood.

Given the current evidence about chronic pain, clinicians should not say that “you’re imagining it” or “it’s all in your head.” If anyone says that to you, find another healthcare professional who understands your needs and takes time to listen to you.

Instead, there should be a multidisciplinary approach to addressing different kinds of chronic pain, including psychologists, marriage and family therapists, dietitians, and perhaps even religious leaders — if the patient is religious.

Although there is no one-size-fits-all treatment for chronic pain for everyone, current evidence suggests treatments that not only touch on the multiple domains of the patients’ pain experience, but also cater to each individual’s preference and condition.

This is based on the “evidence funnel” of science-based practice, which breaks down to three components that are ranked by the strength of the evidence. These are the best evidence available in its entirety, the expertise and experience of the clinician, and the patients’ values and specific condition.

Dr. Paul Finch, who was the Director of Education in Sutherland-Chan School and Teaching Clinic in Toronto, Ontario, described the evidence funnel as a solution to the traditional evidence-based medicine model where the weight of the evidence should be scientific research, particularly randomized controlled trials.

He pointed out that this may not be the best approach since research designs “complement each other and that there is no intrinsically superior design.” He argued that different research designs have “equal weight,” depending on the research question.

For example, if we want to see if massage therapy alone can alleviate chronic back pain, then a randomized controlled trial would likely be the best approach. But if we want to know some patients’ experience with their chronic low back pain recovery, then a qualitative study would be better.

This means clinicians must consider evidence of all types, not just one study or systematic review or “with your own eyes,” as physical therapist Eric Meria puts it.

Patients’ value is not just about giving them what they want just because they said so. Meira describes this as having clinicians give patients well-informed options to help them make the best decision, including the pros and cons. It should not be based on the clinicians’ favorite modality or management system.

Therefore, if you are a patient in pain, you should be given a variety of options that are based on well-informed evidence. While medications, massage, physical therapy, and even surgery are common options to treat chronic pain, a more proactive approach would also likely to help, such as exercise, sleep, diet, stress management, and social support.

“Above all else, make sure that patients understand that we are hearing them, that we are thoughtfully considering their symptoms to be sure we do not miss a remedial cause of their symptoms, that we care about their suffering, and that we will help them to the best of our ability.” ~ Leslie J. Crofford, MD

Coping and living with chronic pain

As we can see, treatment for chronic pain is complex and takes a lot of time and patience. For some people, chronic pain might tone down to a tolerable level that does not impede their work or daily activities within a few months or years. But for others, chronic pain would persist for a lifetime no matter what kind of treatment they get.

Despite having chronic pain, some people are able to cope and live an independent life. They are able to make a living, participate in activities and gatherings, and seek little to no treatment.

Researchers in New Zealand, led by Dr. Bronnie L. Thompson from the University of Otago, found that the people in their study who were able to regain their sense of self and resume their occupation are able to cope with their chronic pain. They theorized that people are able to cope by “achieving self-coherence by engaging in the process of re-occupying the self” through their jobs.

In a nutshell, the sense of self is described as “the direct feeling each person has of privileged access to his or her own thoughts, feelings and sensations.” Without this, they risk losing their self-worth and their role in society before they had chronic pain.

For example, if a father, who has two children, loses his ability to work because of severe low back pain. Because he is not able to provide for his family, as the stereotypical cis-male role implies, he might lose his sense of self as the breadwinner. His wife might take over the breadwinner role and as he is trying to recover and cope with his pain and do what he can to help his family. The loss of his sense of self may cause his existing back pain to amplify or last longer.

Thompson wrote that some pain researchers have noticed a smaller group of people in chronic pain who seem to be coping well. “They’re active, maintain going to work, keep the family going and so on,” she wrote. “But at the same time [they] can be highly distressed by their pain. Their pain represents a roadblock that gets in the way of getting things done.”

Instead of giving up and double down on the chronic pain, these people “almost redouble their efforts” to find ways to keep doing what they are doing.

We can think of countless scenarios for people in chronic pain among all walks of life: mothers, athletes, divorcees, the unemployed, transgenders, and refugees. And so, the biopsychosocial model would apply to the concept of the self and coping.

“When I began doing what matters to me, maybe in a different way but still doing them, I felt more myself again instead of this alien within my skin,” said one of the subjects in Thompson et al.’s study, who had chronic pain for about 10 years. What Is Lower Cross Syndrome and Should You Fix It? Why Massage Therapy Needs to Be Trauma-Informed 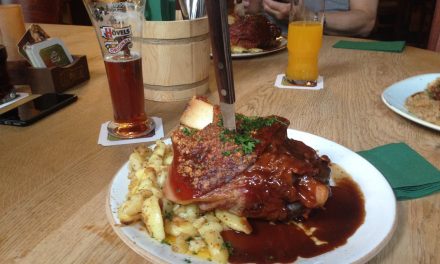