Why Is the Understanding of Pain in Massage Therapy Not Updated? Part 2 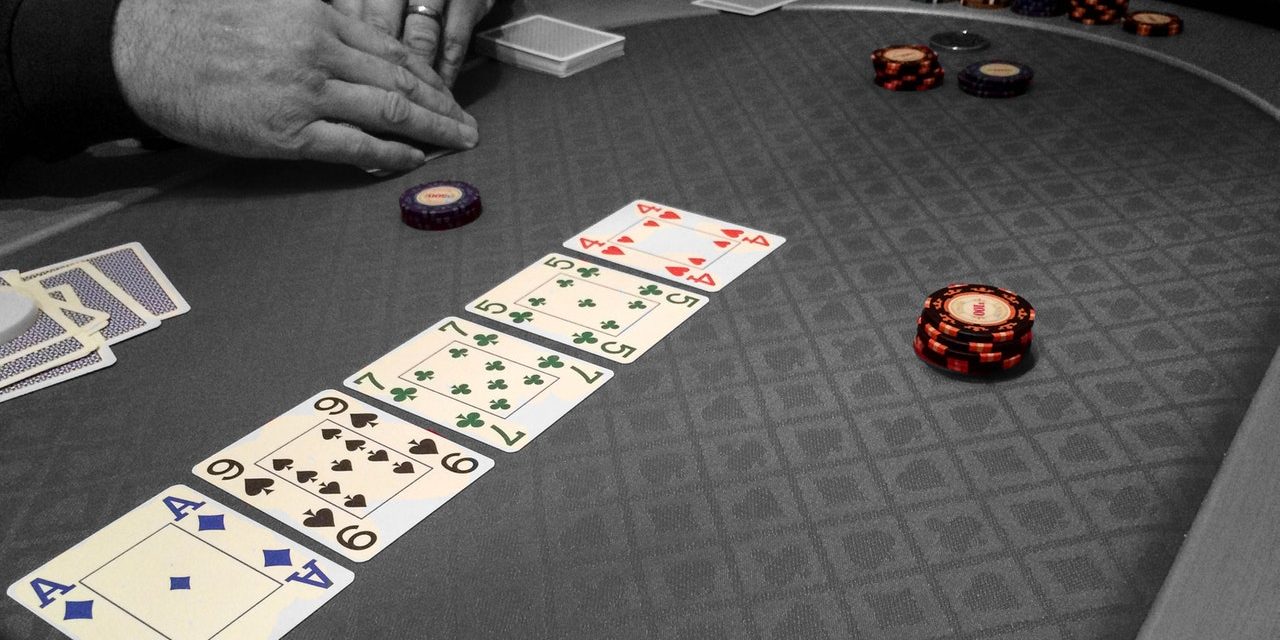 Recently, I heard this short story on NPR that may sound all too familiar some of you. Even I  had experienced it a few times in my life. You might even know a friend, a family member, or a coworker who experienced it. Even if you’re in a really bad personal or professional relationship, it’s hard to bail out if you find yourself waking up everyday and asking yourself, “Why even bother? What am I doing?” The longer you have invested into this relationship, the harder it is for you to get out. Why?

When you have invested something or someone you love — even if it’s just an idea — you think that the investment you had made is futile and is lost. You cling on to it like a sinking ship, believing that this bad relationship would float back up from the cold murky waters. Someday.

Most likely, it won’t get better, and the best way is to abandon ship and get yourself a fresh start before you get stuck in the ocean trench for the rest of your life. But it is easier said than done. The monetary, time, and emotional investments are too great for some of you to leave. Hence, you have fallen into the sunk cost fallacy: honoring investments that could never be taken back.

The sunk cost fallacy is one among many reasons why many massage, fitness, and manual therapy professionals have a hard time accepting newer and better ideas and theories about pain. It would take too long for me to list all of them, and you might just scroll down to the end of the story and move on to the next website.

In a previous article, I used the common belief and misconception that “bad” posture correlates to pain as an example. If the science and evidence are nudging us that pain is so much more than just about a bag of meat and bones that we were taught to manipulate, how come so many therapists, coaches, and trainers are still stuck with the outdated idea? Can we communicate better to the both our peers and the public, including our clients and patients?

First, we should identify some of the barriers.

Your Claim Is Not Your Self

In an interview with Bruce Hood, who is a psychologist and Director of the Bristol Cognitive Development Centre at the University of Bristol, on You Are Not So Smart, he described the sense of self as a “characterization which allows you to make sense of things and plan and actually interact with each other.” The self is a construct of the brain that is not a separate entity as described in the Cartesian dualism.

“There are lots of unconscious processes which are feeding into that decision making all the time,” Hood stated. “Yet we feel consciously that we are doing it. And so this enables us to keep track of the multitude of hidden processes. And that’s – that’s how we know what we like and what our preferences are and what we don’t like. So that’s the I.”

So when we make claims about something, we’re also including our sense of self whether we like it or not. And those claims becomes us. Thus, when someone challenges our claims, we would have a misperception that they are attacking our self. Until we let go of that attachment, we cannot evaluate the challenge more objectively.

Most of us have stories that we enjoy reading, listening, or watching on TV. Stories tug our hearts, challenge our minds, or make laugh until our stomach hurts are some of the reasons why we tend to watch them repeatedly — kind of like a toddler watching The Lion King over and over again.

Looking Only at “Survivors” While Ignoring the “Dead”

I have watched the Korean war movie Taeguki: Brotherhood of War (2005) at least six times since 2009. With cinematography similar to Saving Private Ryan, basically, the story is about two brothers who are involuntarily conscripted into the Korean War. The older brother volunteers the dangerous missions to earn a Medal of Honor so that he could request his younger brother to go home.

Without spoiling the film, I shed a few tears toward the end of the movie regardless of how much I resisted the lump growing in my throat. Yet this movie made me more aware — and with a growing interest — of the history and politics of Korea and empathize with a few of my Korean friends. Thus, over the years, my ignorance gradually whittled away.

We all have stories and experiences to share, and they play a huge part in developing our beliefs and personal narratives. Like the sense of self, these stories are part of us. We can say that these stories we have tell us who we are, a mark of our sense of self in the world.

In terms of why some therapists and trainers who hold beliefs in outdated theories and framework, it is very likely that they have their own narratives and experiences, which are tied to emotions, that make it hard for them to let the beliefs go.

For example, personal trainers who are into the “corrective exercise” paradigm — as was I — tend to have a heavy biomechanical perspective in movement in which certain types of posture, pelvic tilts, and the like, are the primary cause of pain and movement “dysfunction.” Some clients may have felt and moved better after a few sessions with the trainer. Positive emotions and feelings of success and accomplishment may accompany these success stories, and each client would have their own story to tell about their success. The trainers would likely attribute that to the “correct exercise” paradigm.

Yet there are likely to be confounding factors that contribute to clients’ positive outcome other than the intervention itself. The same can be said about massage and other manual therapies. Yet when our beliefs are challenged by high-quality evidence and reasoning, we resist accepting what we believe could be wrong. We tie our beliefs based on stories which are tied to our emotions.

Cognitive dissonance may linger around for a while, but sooner or later, we could ignore the evidence and reasoning and continue to be “more wrong” for the rest of our life, or we can swallow our pride and accept that we could be wrong.

We all like to be lauded and receive pats on our backs for a “job well done.” Who doesn’t? It’s a great feeling! Who doesn’t like their clients have less back pain because of your massage session? Who doesn’t like their athletes to recommend their teammates about how you helped them return to the game sooner than expected? Thus, it is very likely that we owe our successes to the metaphorical “toolbox” of techniques, equipment, and modalities.

However, by looking only at the successes and not the failures makes us bias to our practice. It is very likely that we tell our friends and colleagues of our success stories and no so much on clients who did not get better under your care.

This is called survivorship bias where we make decisions based on past successes while ignoring past failures. Going back to the previous corrective exercise examples, there are probably just as many clients who did not feel or perform better because of the exercise program.

As physical therapist Kenny Venere wrote, “These successes will continue to take up space in your mind and continue to influence the way you make decisions. But, what about all those times therapeutic cabbage rubbing did not help? What about those ones who did not see a remarkable change in their pain? Surely you aren’t curing everyone with your approach.

“As it turns out, we humans really are not so balanced in our decisions that are based off personal recall of experiences. Those successes that take up so much space in our mind bias our judgment and impact our decision making and not always for the better. The middle of the road outcomes, the patients that stopped coming, those instances simply fade from memory.”

Those of us who believe that our intervention(s) “worked” should consider how many cases where it did not“work.”

As aforementioned, any amount of financial, time, and/or emotional investments into a technique or belief can make the situation harder to get ourselves out. Our minds are more attuned to irrecoverable loss than the benefits that we may reap if we abandon those sunk costs. In fact, neuroscience revealed that parts of the brain that contribute to judgement and decision-making are altered by the sunk cost fallacy.

According to a 2014 German study published in Neuroimage, researchers found that activity in the ventromedial prefrontal cortex (vmPFC) (2) of the brain that attributes to decision-making is reduced. “Moreover, activity in the dorsolateral prefrontal cortex (dlPFC) was associated with the norm not to waste resources and negatively correlated with vmPFC activity. The present findings show how past investments may bias decision-making in the human brain, suggesting that the interaction of vmPFC and dlPFC may promote a tendency to throw good money after bad.” (1)

So it makes sense that we cannot truly predict what benefits we may gain if we abandon the sunk cost. Therefore, we hold on to what we had already invested, believing that our “investment” is worth keeping, not knowing that holding onto outdated beliefs and ignorance will sink us deeper and deeper into the fallacy. Clients and patients may likely be undergoing unnecessary treatments and/or exercise programs that has little or no effectiveness and/or efficacy.

​For many years, I have invested much into continuing education courses, books, and videos on exercise paradigms and programs that focus heavily in the “posture = pain/movement dysfunction” model. A few fitness professionals challenged my ideas in the summer of 2012 on Facebook about what I was preaching online.

After several months of kicking and yelling, I somehow got curious about the biopsychosocial model of pain, which led me to many great discussions, debates, events (e.g. San Diego Pain Summit), and research papers. It wasn’t easy comprehending new vocabulary and ideas that challenged my previous thinking about pain and movement, but it opened so many doors and better opportunities to help people — including starting this magazine!

And so, on May 11, 2013, I abandoned my 7-year-old personal training practice and moved on. It was a bit painful to leave something that I had invested much time, $$$, and effort, but it was necessary to move on.

With some of the barriers to why many therapists and trainers are still behind in the current understanding of pain and movement acknowledged, we’ll explore a few ways to best bridge communication.

For Further Reading and Listening

You Are Not So Smart: Survivorship Bias
​
Elephant Journal: The Real Reason Most of Us Stay in Bad Relationships Do You Need a SLAP Tear Surgery?