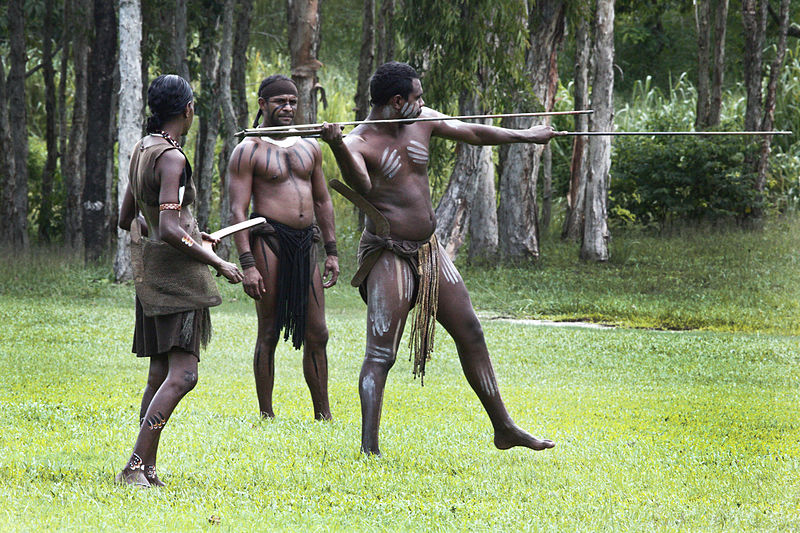 While most research addressing chronic pain is mostly based on Western, more educated, and more developed countries, a growing number of research is focusing on indigenous populations worldwide. Not only these research add more knowledge to our understanding of pain, they can help formulate healthcare and government policies in serving these populations who had faced generations of discrimination and oftentimes poverty, which led to mistreatment and mistrust between healthcare professionals and indigenous people.

To help clinicians and policymakers understand and solve these problems, some researchers — such as Dr. Ivan Lin, a physiotherapist and researcher at the University of Western Australia — are investigating the social factors that influence Indigenous Australians’ perception of pain.

There is myth among some healthcare professions that indigenous people do not get back pain often. I interviewed Dr. Lin, who had co-written two research papers that challenge the common misconception of back pain prevalence among Indigenous Australians.

Nick Ng: Having read a few more research papers on the prevalence of low back pain among the indigenous people of Venezuela, Tibet, and Canada, it seems to me that low back pain and other musculoskeletal pain are just as prevalent among these populations as Westerners.

But where did the belief that Indigenous Australians are less susceptible to low back pain come from? What are some of the reasons that justify this belief?

Dr. Ivan Lin: In the Australian context there have been several studies that concluded low back pain , and other painful conditions, had less impact on Indigenous Australians. This seems to match a common clinical belief, that the pain experience is different for Aboriginal people. Pain is always an individual experience, but to generalise that Aboriginal Australians are less susceptible to low back pain is wrong and challenged by research that colleagues and I have been involved with.

There are several possible reasons for this perception. We know that Aboriginal people are less likely to attend a clinic or health service for many painful conditions. This could lead practitioners to conclude that low back pain and other painful conditions are less of a problem.

However there are a number of other possible reasons including a lack of trust of practitioners and services, financial and geographical barriers, and a lack of care that is culturally secure, just to name a few.

In the research context, most research that has reported that low back pain is less of an issue for Aboriginal people has been from the perspective of researchers who for the most part have been non-Aboriginal.  It is questionable whether the perspective of Aboriginal people has been considered, and therefore we are relying on what the researcher interprets through their understanding or ‘lens’.

Differences in the way pain is expressed or communicated may be missed or misinterpreted by non-Aboriginal researchers. Therefore, some research that has concluded that “Aboriginal people are less susceptible to low back pain” might be more accurately described as “Aboriginal people seem less susceptible to expressing their low back pain in a way that is familiar to me and that I am comfortable recognising.”

NN: Why did you choose to study this topic?

Dr. Lin: I have two roles, as a physical therapist in an Aboriginal Community Controlled Health service, and an academic in a university rural health centre.  I am interested in musculoskeletal pain and in my clinical practice I predominantly see Aboriginal people with musculoskeletal pain. There seemed to be a mismatch in between what I was seeing in clinical practice with what the research was saying. I was fortunate to have two very supportive workplaces and so I was able to begin to look at this in more detail through research.

In 2005, this led to embarking on a part-time PhD through Curtin University, Perth, Western Australia, which is about 4.5 hours from where I live. Throughout this journey I was also fortunate to have fantastic research support from supervisors, professors Peter O’Sullivan, Juli Coffin, Leon Straker, Donna Mak and Sandy Toussaint, the organisations for which I work, and from community people who were involved in the project.

Post-PhD, I’ve continued this work with a number of people who have been involved from the start and others who also think it is important. The rewarding thing for me personally is that it benefits people I see in the clinic every session I am there, as I apply what I learn every time I see someone.

More on narrative medicine to communicate better with patients

NN: You mentioned three factors that impact low back pain in one of your research. To me, it seems like a “chicken or egg” dilemma where we don’t really know which caused the other first. Is there a causal relationship between those three factors and low back pain?

In another paper we suggest that disabling chronic low back pain may be iatrogenic. This is because Aboriginal men and women who we interviewed had a number of misperceptions about the nature/cause of their pain. In many cases, these misperceptions originated from contact with health practitioners.

These misperceptions, or maladaptive beliefs about pain (e.g. ‘I’ll end up in a wheelchair’, ‘my back is stuffed’), can be disabling because they increase fear and maladaptive coping. These beliefs can result in poorer outcome for Aboriginal people with low back pain.

At a larger scale another important area is to address some of the societal factors that influence peoples’ health and well-being.  Having access to suitable care, safe environments, opportunities for education and employment, not being disadvantaged through discrimination and prejudice – we know these social determinants are very important to well-being but have an unfair impact on some groups within societies.

This is something that is well known, complex, and cuts across all aspects of health including pain. Although the link between the disadvantages described above is well established, what to do about it is less well known. It is a large, complicated, and important area of research.

Thank you, Dr. Lin, for your time with this interview, and you and your team for your research.