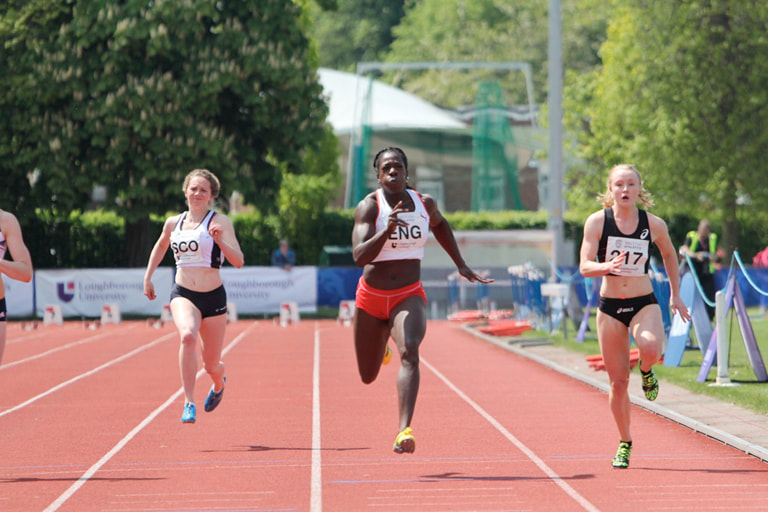 A ​recent study of 300 recreational runners, who were injury-free in the last six months, found several factors that are reliable factors in predicting who would be more likely to get injured. Researchers kept track of these runners for two years and found that that being female, having knee stiffness with excess weight of more than 80 kg, and having higher negative emotions are high predictors of sustaining at least one running injury. Contrary to what many physiotherapists, personal trainers, and coaches believe, most biomechanical and structural factors are not reliable factors.

How Was the Research Done?

The runners in the study were 18 to 60-years-old, ran at least five miles a week, and were unaffected by any previous injury. Those who had a joint injury, joint surgery, or were pregnant were excluded from the study.

The researchers, led by Professor Stephen Messier of J.B. Snow Biomechanics Laboratory at Wake Forest University at Winston-Salem, North Carolina, collected data as the baseline, including the runners’ demographics, physiology, biomechanics, psychosocial issues, and training. They followed up with the runners at six months and twelve months each time an injury was reported, and after the first year, the researchers emailed them a biweekly questionnaire that asked what injuries they had sustained in the past two weeks. If someone had an injury, they were sent to a physician and a physiotherapist who are part of the study.

​Physiological testing included hamstring, quadriceps, knee, and ankle flexibility, the Q-angle, arch height of the foot, and concentric strength of the ankle, knee, and hip with an isokinetic dynamometer. The researchers also performed a gait analysis that examined how the feet, knees, and hip distribute force and move while running.

For psychosocial measurements, the runners were given a questionnaire that asked about their self-efficacy (ability to run at their own pace for one to eight weeks), quality of life, emotions, how they feel at the moment, and how much pain they are in (with a visual analog scale).

When all the data is gathered and analyzed, what they found is this. 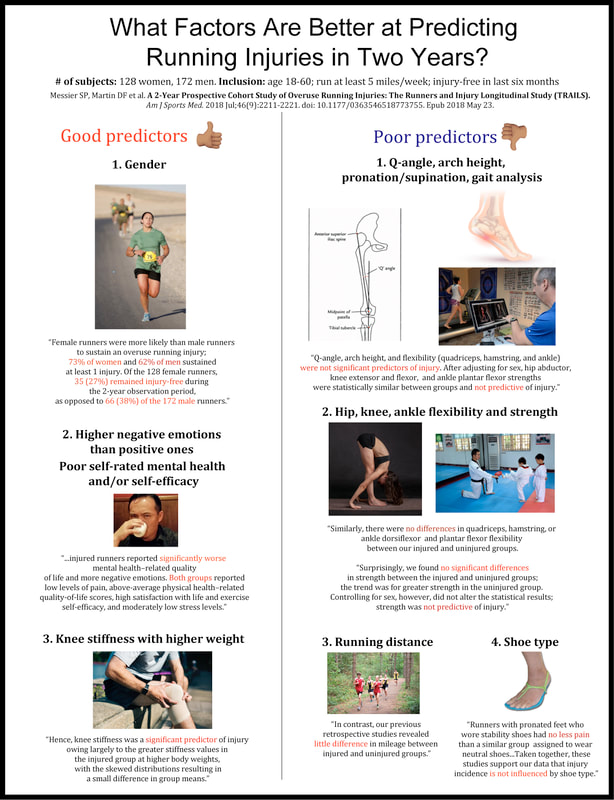 We don’t know for sure if these factors, taken to the extremes, would be better predictors or not. For example, would someone with very high Q-angle or foot pronation or supination have a higher risk of a running injury than someone with lower values? Also, the researchers did not consider the variability of the baseline values at the first measurements.

“When using average values in statistical analyses you are making statements as to what is known for the population that your sample represents. There is always the chance that within that population individuals may respond differently than the mean,” Messier explained.

It appears that biomechanics and body structures are not as high as risk factors as assumed by many clinicians and therapists, but this does not mean they are not important—they are not that important to the point where we should nitpick every discrepancies in posture, joint angle, and range of motion. While therapists should take the majority into account, they should also consider the individual client or patient in front of them when assessing their condition.

“Our recommendation would be that caution should be used in attempting to alter what were commonly considered risk factors (such as excessive pronation, poor flexibility, weekly mileage, etc.) for injured runners unless a runner has extreme values.”

Massage & Fitness Magazine thanks Professor Stephen Messier for his time for the interview.