It has been a week since the second San Diego Pain Summit is over, yet I am still tingling with the experiences, knowledge, and camaraderie that I made with old and new colleagues and friends. Walking into Marina Village was like stepping back in time to the 2015 Pain Summit. I could still remember my first encounters with some influential manual therapists whom I had met for the first time last year, including Diane Jacobs, Dr. Jason Silvernail, Michael Hayley, and the keynote speaker Dr. Lorimer Moseley. Back then, the feeling was like how Charlie Murphy described his first encounter with Rick James on The Dave Chappelle Show. Almost everyone had an orange aura around their head.

This year, however, the aura wasn’t there, and the environment felt eerily familiar. It was like going back to high school after having been gone for the summer and reuniting with some old classmates and meeting new ones. I was very eager to meet with many fellow massage and physical therapists whom I had conversed with on Facebook for months.

Like last year’s event, the 2016 San Diego Pain Summit featured an all-star cast of speakers and educators in manual therapy in which the purpose is to bridge science and research with hands-on work with patients and clients. Rajam Roose, founder of the Pain Summit, single-handedly gathered the some of the brightest and influential minds in pain science and manual therapy. Keynote speaker Dr. Robert Sapolsky of Stanford University emphasized the role of stress and disease and described how humans take stress to a whole new level that is unprecedented by other species of animals. More on Sapolsky’s speech were summarized by Joletta Belton who also attended the Summit.

Placebo researcher Dr. Fabrizio Benedetti covered his research on high-altitude performance that compared subjects who were given an oxygen tank to breathe versus those who were given “fake oxygen.” He also explained how the placebo effect in most types of treatments — pharmacological, surgery, manual therapy, and alternative medicine — is based mostly on rituals and patients’/clients’ expectations.

To me, Benedetti’s presentation was the most important one because I held misconceptions about the placebo effect and did not know that it happens during ALL treatments, including knee surgery and altitude training with “fake oxygen.”  While we know more how the brain functions during a placebo and nocebo effect, I was more interested in the ethical practice of giving a patient or client a placebo, even if it does bring temporary pain relief. Well, I hope that will be another discussion at next year’s Pain Summit.

While the Pain Summit had marked another spot in the history of manual therapy and pain science, Roose had a few major drawbacks. “The biggest challenge this year was that I had low registration and too many big ticket speakers. The Summit is in a small bit of a financial bind due to the mistake,” Roose explained. “The keynote was an expensive addition and would have been easily afforded had registration been what it was last year. By the time I realized the numbers weren’t going to go up, it was too late to cancel.”

Despite the lower number of attendance compared to last year, the Pain Summit sailed its course without encountering major problems.

“People were happy to be there and there were a lot of new faces, as well as familiar ones. Several folks came up to me and said they were glad to have workshops this year [which] we didn’t have last year,” Roose added. 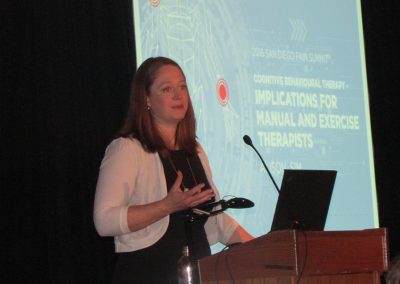 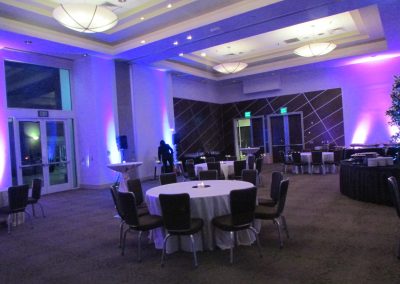 “One was a podcast hosted by Dr. Karen Litzy of knee surgery and Paul Lagerman of  The Naked Physio. Paul came all the way from New Zealand to attend the Summit. They discussed how clinicians work with people who see them with chronic pain, and the [panel] consisted of Dr. Bronnie Thompson, Dr. Greg Lehman, Dr. Sandy Hilton, Dr. Ravensara Travillian, and Michael Shacklock.

“The other event was ‘Clinicians Get Creative’ with Paul Lagerman. He collected images from around the world that clinicians had created to help them explain pain to their patients. I was unable to attend but at one point. I walked through the packed room and everyone was intently listening to Paul and watching the slides.

“Paul and Bronnie have created a study and we are using it to determine how attendees are using the images with their clients/patients. It was so popular that we are doing it again for the 2017 Summit, but [it will happen] during the conference so the entire audience and those attending via Live-Stream can participate.”

“One of the things I enjoyed most about the Pain Summit was being around physical therapists. I really enjoyed hearing about some of their challenges—not only with changing models of pain, but also with how those new models lead to changing potentials for the patient-therapist relationship,” Ruth Werner chimed, who is well-known in the massage profession for writing A Massage Therapist’s Guide to Pathology. “It is making me examine my own perspectives on this topic much more carefully.”

“Another simple yet powerful statement I heard from Diane Jacobs was to give the patient the locus of control. As a massage therapy student I wasn’t taught that. I was taught that I had the knowledge. I had asked questions (history), observed, palpated and tested their range of motion, hence, I have the ability to direct the plan for that session,” Porter continued.

“It is true I do have the knowledge and ability, but the client has the control and power to create and BE the change. We can help the client figure out how to ‘Absorb what is useful, reject what is useless, and add what is specifically your own.’ This was a quote from Bruce Lee from whom Bronnie had quoted. Thanks, Bronnie!”

“I loved the Summit this year. I think the quality of speakers was outstanding and the topics presented are some of the most practically relevant available at any conference,” Dr. Silvernail said. “I love the focus on practical application that this conference has and I’ll be attending next year too!”