Athletes — especially those who perform high-intensity and long-duration activities like marathons and Tour de France — produce a huge amount of lactate compared to most non-athletes. However, since cancer cells thrive on lactate as their primary source of fuel, wouldn’t that process increase ultramarathoners’ and similar endurance athletes’ risk of cancer?

A recent research published in Carinogenesis examined the role of lactate on cancer growth. The authors from the University of Colorado School of Medicine reviewed how exercise and its adaptation could help increase lactate clearance in skeletal muscles, which could reduce the fueling to cancer cells.

They identified lactate as a primary contributor to angiogenesis, metastasis, protection from the immune system, resisting cell death (apotosis), and sustained glycolysis.

Researchers in the early twentieth century observed that the concentration of lactate was higher in blood vessels that were leaving tumor tissues than the concentration entering the tumor tissues. Otto Warburg, who was a German physician and physiologist, first documented this in 1923 when he found that cancer cells have high production of lactate even under aerobic conditions.

He calculated that cancer cells consume about 47 to 70 percent of arterial glucose compared to 2 to 18 percent among normal cells. Tumor cells also convert about two-thirds of glucose to lactate. This later led to a hypothesis that there’s something wrong with the respiratory chain that causes cancer cells to rely on glycolysis instead of aerobic respiration for energy, which made some researchers think that there’s some malfunction with the cells’ mitochondria, the powerhouses for generating energy by using oxygen, glucose, and fat.

During exercise, the body undergoes two primary phases of metabolism:

1. Anaerobic respiration: Fast process that uses glucose and stored ATP in skeletal muscles that immediately provides energy. Glucose is converted into lactate when there is not enough oxygen available. Any lactate that is not used for energy is converted back to glucose with the help of the liver during the Cori Cycle, and this process is repeated during bouts of high-intensity exercise, such as sprinting and heavy weightlifting.

2. Aerobic respiration: When enough oxygen is available, glucose is converted to pyruvate, which shuttles into the mitochondria of the cell to get generate more energy via the citric acid cycle (or Krebs Cycle). It’s a slower process than anaerobic respiration, but it provides a steady stream of energy to skeletal muscles. This is the primary process used during aerobic exercise, such as jogging, walking, and long-distance cycling.

There is no clear-cut demarcation between both respiratory systems during any form of exercise. It’s a matter of which system is more predominant than another, and they tend to overlap. For example, even though doing heavy squats or bench presses uses primarily anaerobic respiration to perform, your body goes into aerobic respiration after the exercise to recover the lack of available oxygen. This is why you catch your breath afterwards before you go for another set.

But why do cancers cells use a less efficient route to thrive?

While research still has not yet find a clear explanation to why cancer cells choose to forego a more economic route in producing energy, researchers San-Millán and Brooks wrote in their paper, “Could it be that our contemporary puzzlement over the fact of aerobic glycolysis in cancer cells contains a bias based on our understanding of efficient metabolism in non-transformed cells?”

They hypothesize that cancer cells, being somewhat parasitic, rob healthy cells’ glucose stores for their own use instead of generating energy on their own. Basically, the host (you) “bears the burden of providing a relatively limitless glucose supply as well as a sink for disposal of lactate and hydrogen ions,” San-Millán and Brooks wrote.

They mentioned that certain genes (e.g. HIF-1, c-Myc, p53) that are responsible for glycolysis are overexpressed among cancer cells, which may partially explain why these cells favor anaerobic respiration. But for cancer cells to have a continual and heavy supply of lactate, a high amount of glucose is needed to sustain them.

Under normal physiology, an elevated level of lactate increase mitochondrial activity to break down lactate, but this is not so among those with cancer. Because cancer cells thrive in a more acidic environment that they create for themselves, they downregulate the amount of activity in the mitochondria, which are the sites for breaking down lactate and other compounds for glucose metabolism. This activity maintains an anaerobic environment for cancer cells to protect themselves from immune cells as well as continued glycolytic process of generating fuel.

Exercise reduces your cancer risk, but it’s not a cure

​Could exercise “starve” cancer cells by reducing the amount of lactate pooled in the body? Not really.

Keep in mind that lactate and other products produced and broken down in the body are part of a normal, healthy cycle that keeps us alive and functioning. This is similar to the (absurd) idea that we should breathe less because oxygen is a contributor to producing free radicals, which are damaging to cells.

While athletes do produce more lactate than those who do not exercise regularly, they are able to shuttle and recycle lactate through their body more efficiently. This is known as lactate clearance, which is the rate of lactate being removed from the bloodstream and recycled back to the liver or skeletal muscles. Exercise increases mitochondrial activity, allowing a lower lactate accumulation and less fatigue during endurance exercise or bouts of heavy lifting or sprinting.

​This is reflected in San-Millán and Brooks’ passage:

“Indeed, one of the most impressive adaptations to metabolic stress in mammalian biology is doubling of mass of the muscle mitochondrial reticulum due to endurance exercise training. Increased muscle mitochondrial density due to endurance training allows for increased respiratory control, increased fat metabolism and greater lactate clearance in muscles working at a given exercise power output.

Of course, we should exercise because it’s fun and we like it. If not, then we probably would not stick with our exercise habits for long, even if we know the risks of not exercising regularly.

Related reading: [Why Cancer Patients Should Not Be Denied of Massage] 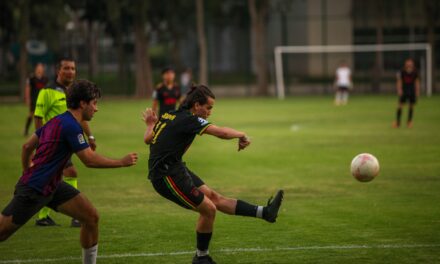 Can Massage Squeeze Lactic Acid Out of Muscles?