Cupping has existed in folk medicine for more than two thousand years. At the 2016 Olympics, the tell-tale circular bruises on Michael Phelp’s back put the spotlight on cupping, with many asking, “What is this and why? Should I be getting cupping? After all, what’s good enough for elite gold medalist Michael Phelps is good enough for me.”

Since the internet can be a notorious wasteland of misinformation, any attempt to answer these questions is met with a slew of bizarre claims. Among these — the notion that suction cups purge toxins from deep in the body by dispelling and bringing them to the surface — is the most common claim. The dark marks made from cupping are taken as evidence of toxicity cleared by the treatment. (1) A particular scene from 1987’s cult classic, “The Princess Bride,” where a contraption sucks the life force from the hero Wesley, appears to use the same “science.”

The notion of life force as a finite and corruptible substance has ancient roots. For thousands of years around the world, people believed that diseases arose from disharmony and imbalances in elemental and esoteric forces. In traditional healing philosophies from east to west, a person out of balance was susceptible to disease. This belief was abandoned with the development of germ theory in Europe.

In hindsight, we may dismiss such beliefs as nothing more than misguided, pre-scientific superstition based on ignorance of the cellular world. However, the fear of unseen malevolent forces that can pollute and sicken our bodies remains with us, the demons of old we now call “toxins.”

Detox rituals may give us what we need: a sense of control that alleviates fear. We must soothe our minds. Purification rituals such as cupping, which are said to expel toxins from the body (even though they don’t) may give us real psychological relief. Image: Rachael Scott

“Don’t you know that you’re toxic? You need cupping!”

Nuclear radiation, microplastics, gas emissions, industrial waste – we’re bombarded with news that the world is more polluted than ever. A bit of fear seems rational. Humanity has driven nature to the brink with climate change, oceanic systems on the verge of collapse. Corporations sell products full of chemicals with long, unpronounceable names. We’re bombarded with warnings daily. It’s all too much for a mind to bear.

Journalist David Robson traced the history of a rise in fear of chemicals, termed chemonoia, as industry and technology advanced on the natural world. He wrote, “Even when an overwhelming body of evidence proves a synthetic substance to be safe, many people would still prefer a natural alternative, somehow believing that a plant extract is less harmful than factory produce.”(2)

Capitalizing on chemonoia, celebrities and natural healers sell any number of purging remedies that promise to expel toxins, and restore the purity and vitality of the body. Diets, teas, pills, herbs, shakes, crystals, salts, colonics, and cupping are all part of an industry built to solve the problem of living in a polluted world. Or at least, they claim to be part of the solution. In actuality, our colons, kidneys and livers handle detoxification and removal of cellular waste for our daily survival.

One alternative medicine blogger implored, “Yes, you do have organs that remove toxins from your blood. But the modern lifestyle overloads your body with toxins. Cupping gives your body a boost in releasing those toxins. Focused blood flow helps your body by flushing built-up toxins through the lymphatic system.” (3) In fact, this is not a realistic description of human physiology. Extra detox help does not come from pooping more or bleeding under the skin.

Ironically, rather than releasing and clearing toxins, cupping actually creates cellular waste. As pressure from suction stretches and breaks blood vessels, red blood cells spill out into the surrounding tissue. The cells die, and the immune system cleans up the mess. Don’t be alarmed. Unless a person has a bleeding or immune disorder, these bruises are a minor matter that the body can easily eliminate. (4)

Sadly, massage and fitness professionals looking to offer cupping get bad information dumped on them as a matter of education. One of the professional certification organizations for cupping in the United States claims that it’s an ideal treatment to clear the body of “free radical, poisonous molecular debris.”(5)

Our culture has become so obsessed, that “toxic” was 2018’s word of the year. (6) In English, the word “detox” previously only referred to detoxification from drugs, alcohol, or heavy metals in medical settings. So what happens when the whole world goes toxic? Fears and anxieties about contamination and pollution from the modern world could lead to a yearning for a cathartic, psychological release.

In that case, detox rituals may give us exactly what we need: a sense of control that alleviates fear. We must soothe our minds. Purification rituals such as cupping, which are said to expel toxins from the body (even though they don’t) may give us real psychological relief. (7)

“Ironically, rather than releasing and clearing toxins, cupping actually creates cellular waste. As pressure from suction stretches and breaks blood vessels, red blood cells spill out into the surrounding tissue.”

Why some people choose cupping to “purify toxins”

Our apparent powerlessness in the face of sickness, suffering and death leads to existential dread. Anthropologists like Mary Douglas have examined cultural beliefs and practices around purity and pollution for decades, illuminating how danger and fear give rise to the need to cleanse. The symbolism and performance of rituals imbues them with power. Failure to perform the whole of a rite correctly may result in catastrophe.

For example, in Islamic medicine, al-hijamah (cupping with bloodletting) was prescribed for afflictions resulting from black magic as a rite performed on odd days at the end of the month, along with a modest diet and holy incantations. Performing any element incorrectly would render it powerless or lead to worse disease. (8) After all, when the person’s condition deteriorates or they die, it cannot be the fault of the ritual itself. The blame goes to faulty performance or personal failings. Otherwise, the medicine isn’t real and fear takes over.

For thousands of years physicians around the world turned to bleeding patients (sometimes with cups) as a means to clear bad blood and dispel evil spirits. Even though most doctors stopped the practice in the 19th century, it remained as folk healing and home remedy.

Cupping made a mainstream resurgence in the mid-20th century when Traditional Chinese Medicine (TCM) captured the imagination of Westerners yearning for a holistic antidote to the “mechanic” physician. Interestingly, after such a brief hiatus, cupping seemed to have been cleared of its historical associations with magic and demons. Instead, new terms emerged, describing its powerful effects on blocked chi and stagnant energy.

In TCM, cupping is a means to “quicken the blood, dispersing wind, heat, and dampness.” (9) The concept of wind represents trouble because wind carries evil spirits, which today we might call air-born pathogens. (10)

Nowadays, cupping practiced under the TCM umbrella in the West presents a fusion of traditional and modern ideas. One acupuncture blogger shared the story of a ritual that purifies the body of pollution and restores health:

Cupping draws the old non-circulating stagnant blood and toxins up to the skin’s surface and away from the injury. This then restores healthy, free circulation in the affected area, creating space for oxygen and nutrients, which allows for faster injury recovery. During the treatment, the pores open, the muscles relax, blood flow improves, toxins are removed, Qi is balanced, and blockages are broken up. (11)

Although physiologists and skeptics shake their heads, belief in a pollution and purification cycle is embedded in many cultures. Perhaps Michael Phelps’ trainer thought cupping could clear metabolic waste or built-up chlorine from his body. (12)

The last thing you want on your mind on the biggest day of your life is fear that “toxins” in your blood could make you weak or sick. In that case, a simple ritual clearing may even offer elite athletes a competitive advantage. If it’s good enough for Michael Phelps, maybe it’s worth a try.

1. Yufamilyclinic.com. (n.d.). In Your Own Skin: Detox By Cupping – Yu Family Acupuncture Clinic.

6. Schuessler, Jennifer (2018) ‘Toxic’ is Oxford’s Word of the Year: No we’re not gaslighting you. New York Times. Rachael Scott has been a licensed massage therapist in Washington State since 2004. She works in private practice, and teaches professional workshops on cupping therapy and orthopedic massage in Edmonds, Washington. 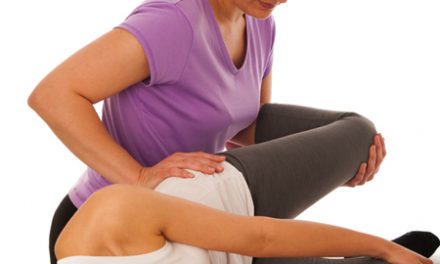