Evidence for Spinal Manipulation Is ‘Moderate’ in Study, But Is It Worth the Risk? Meta-analysis in JAMA “favors” spinal manipulation, but the data itself indicates “not really.”

A recent NPR article touted that spinal manipulation therapy (SMT) “can alleviate back pain” in its title based on a recent systematic review and meta-analysis that was published in JAMA recently. (1,2) The story stated that “patients reported greater ease and comfort engaging in two day-to-day activities — such as finding they could walk more quickly, were having less difficulty turning over in bed or were sleeping more soundly.”

Despite the benefits, a closer look at the review itself reveals that the NPR news report do not accurately reflect what the researchers found and reported, which misinforms both clinicians and patients in pain about what the evidence of spinal manipulation treatment (SMT) actually says. In other words, the study do not look favorably for SMT for acute low back pain.

Many manual therapists on social media laud at this finding, but this is “damning SMT with faint praise” as science writer Paul Ingraham of PainScience called it. (3) Dr. David Gorski reviewed the meta-analysis and found many methodology errors, such as lack of good blinding, lack of prior plausibility reasoning, and reporting bias. (4)

For the latter, the highest-rated study was an “8,” which was based on the CBN Risk of Bias tool. This system of measurement classifies studies as high quality to be in the range of 6 to 11, and those of lower quality range from 0 to 5. Despite the “highest quality study” indicate no significant benefits of SMT over standard care for acute low back pain, the meta-analysis stated, “High-quality studies tended to report larger benefits…” (2)

“When you look at the graphs and error bars, even the small benefit from the unsuccessfully blinded chiropractic overlaps with the comparators,” Gorski noted. “This is a negative study, and rating it a three is overly optimistic. Still, the meta says it favors spinal manipulation.” (4)

In the systematic review, 26 qualified studies (randomized controlled trials (RCTs)) on acute low back pain (less than six weeks) were reviewed and were classified based on their evidence quality, pain outcomes, and function outcomes.

Quality:
– 17 trials had proper randomization
– 4 had proper patient blinding
– 12 were classified as high quality (with one trial rated as 8 [out of 11] as the highest quality)
– 14 were low quality (mostly 3’s)

Pain Outcome:
– 20 trials reported: 17 reported immediate outcomes, 18 reported short-term outcomes
– Trials with smaller sample sizes tend to favor SMT than larger trials; the latter often reported that SMT is hardly any better or not better than other types of compared treatments or standard care.
– Five were excluded because they didn’t measure pain the same scale as the others; all of these were old trials (30-40 years ago).
– Two of these found SMT works while three didn’t.

For the function outcome results, the data is similar to the pain outcome.

So What’s the Harm With Spinal Manipulation?

Getting your spine “popped” or “cracked” is not without risks, even if they are minor. ​Although no major adverse effects were reported, 18 trials did not report assessment of harms (n=18), three made “non-specific comments about harms,” such as no adverse effects were documented, and five reported specific harms.

These harms were riddled with minor aches and pain,  include patients reporting, “The treatment hurts,” which was reported “statistically significantly more likely in the group treated with SMT than continued medical care” (5); and “headache, stiffness, aggravation of complaints, and radiating discomfort” that made up two-thirds of the reactions (6). The percentage of patients reported minor adverse effects in these five studies range from 53% to 70%.

Is It Worth the Risk to Get a Spine Adjustment?

Patients with acute low back pain or similar pain should consider the benefits vs. the risks. According to this review, the researchers stated that short-term pain relief had a mean effect over nearly a -1 point change. In other words, one a pain scale of 1 to 10, the average number of pain reduction would just one. Yet with the cumulative little harms that were reported in previous studies, is it worth the time and money to take such chances?

While the corresponding author of the meta-analysis, Dr. Paul Shekelle, did not respond to my inquiries, Dr. Mark Hancock, who co-authored the “quality 8” paper in 2007, shed some light on his research and the topic.

“Our study was a little different to most as we chose time to recovery as the primary outcome,” Dr. Hancock explained, who is an associate professor at Macquarie University’s Medicine and Health Sciences department. “While recovery time would be expected to be strongly associated with pain intensity, they are different. For example, if people were not recovered, they could have low pain levels (e.g. 2 or high pain 7/8, etc.) We did report between group differences in pain intensity as a secondary outcome. We found no differences in either time to recovery or pain intensity.

“There was evidence that SMT provided some small benefit compared to nothing, but it had not been tested in people already receiving good baseline care. So we wanted to see if adding SMT to good baseline care would accelerate recovery and improve outcomes.

So could patients with acute low back pain feel better from SMT because of mostly the placebo effect?

“Critically, our study tested SMT versus placebo in people already getting really good first line care. This was our research question. So when people get really good care of advice and simple analgesics, then the addition of SMT did not help,” Dr. Hancock explained.

“The group also [had] a very positive prognosis and I think this is critical. If patients are likely to do very well without the SMT, then it is hard for SMT to provide much additional benefit. This fits with our studies like the STarT back trial, where physiotherapy did not help those in the low-risk group.”

Is this review a good justification of using SMT for this specific problem, despite the low to moderate level of evidence and data?

“The evidence is mixed and the most recent Cochrane review draws a somewhat different conclusion. (7) Given the totality of what we know and what is recommended in guidelines, I think SMT is a reasonable option for those who do not recover very quickly (e.g. within 1-2 weeks) with simple or minimal care or in [which] a trial of SMT provides immediate benefit. It should not be routinely used on all people presenting with acute [low back pain].”

Before we can even decide what treatment is best, it is better to understand pain itself first and what is going on with each patient. There are so many factors that influence pain that it is very difficult to isolate one of these factors to determine how much does it contribute to pain relief and outcomes, especially in manual therapy.

“As the review in JAMA discusses briefly, the challenge remains to identify the individuals who will respond best to SMT,” Dr. Hancock added. “Currently, there is little strong evidence to suggest we can do this well; however, using SMT in patients less likely to recover well (using prognostic tools like the STarT back tool or our prognosis tool published in European Journal of Pain) with no treatment is a logical and sensible place to start.” 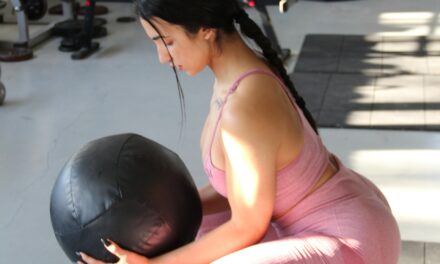 Exercise for Pudendal Neuralgia: Does It Work?