“Manual therapists tend to believe that they are Batman, but they are actually more like Alfred.” ~ Dr. Cory Blickenstaff

When I attended the 2015 San Diego Pain Summit, I had a hard time understanding Dr. Cory Blickenstaff’s presentation on “edge work.” Part of the reason may have been the idea that I was surrounded by some of the social media’s famous physios and pain researchers, like Dr. Jason Silvernail and Dr. Lorimer Moseley. The “celebrity” presence was overwhelming, like having Michelle Obama and Missy Elliot in my car in that YouTube video. In addition to tweeting and making Facebook updates, I was also glancing at them every few minutes, toying with the thought that I am in the same room with them. I’d probably get the same feeling at Comic-Con.

Another reason is that I was still fairly new to the idea that the outcomes of manual therapy treatments may have more to do with the patients’ perception, attitudes, and beliefs and their interaction with the therapist than the treatment itself. (1) I had a hard time wrapping that idea around my brain. I mean, just my interaction and the environment can have an effect on how they feel when they walk out of the clinic.

A year and a half later, however, much of these ideas made better sense to me, which made my work easier to do and to communicate with my clients.

I was sitting at West Coast College of Massage Therapy in Downtown Victoria, BC, in Cory’s class in late September. On day one, he introduced several concepts that I am already familiar with, including the biopsychosocial model of pain, the placebo effect, and the backfire effect when communicating to patients about pain. With that baseline covered, Cory continued to graded exposure and interoception and how to apply these ideas to hands-on work and patient communication. ​

What Is Edge Work?

“[Edge work] is based on several ideas. I’m heavily influenced on the idea of exploration of movement by Feldenkrais’ work and writing. Also, neurodynamics plays a heavy role in my thoughts and I’d say that neurodynamics is fairly universally taught to some degree in [physical therapy] education,” Blickenstaff said in an online interview with Massage & Fitness Magazine. “Also, graded exposure and activity concepts are common approaches, but not the conditioning aspects of them.”

​In one example, a RMT named Fran shoulder mobility and pain issues volunteered to be treated by Blickenstaff. “So with Fran, I might say something to the effect that her ability to remain functional with the arm is a good sign,” Blickenstaff explained. “I might tell the ‘dark room’ story and say that she is to at least a certain degree already exploring the room and that the people I really worry about are those that run and hit the walls and those that sit in the chair in the middle of the dark room and avoid movement.

“Also, you could apply your hands on care at the edge. In other words, you might have them move to the edge and hold or rest in that position as you apply your hands on treatment. In the shoulder example with Fran from class, we started with side lying rotation position. You could very easily have her rest in a position that is at her edge of this movement and apply manual therapy. I would tend to think first in terms of component motions to her particular issue and work in the area that are associated with that — the scapulae, thoracic spine, trunk, neck, shoulder, etc.

“Then she would come out of the position back to neutral and then recheck for the edge again. Later we had her working at the wall, doing shoulder circles. And again, you could work this position in standing or it may go better to have her lay down and work around the position until an edge is encountered and again apply manual therapy at this position progressing through the circle motion as it becomes available.”

“We originally intended to bring Cory to Victoria after seeing him speak at the 2015 San Diego Pain Summit,” Eric Purves explained, who works at Achieve Health as a registered massage therapist in Victoria and is a member of the RMTBC. “During dinner and drinks one night at the 2016 Summit, we asked him if he wanted to come teach in Victoria and without hesitation he said, ‘yes.’ I wanted a knowledgeable instructor who understood pain science and could introduce concepts consistent with massage therapist’s scope of practice in BC.

​“Also, he is an awesome guy who is really approachable and easy-going, so I was confident he would be well received. What I learned most from Cory were straight-forward strategies to utilize simple and complex movements to achieve greater pain-free movements. Allowing patients to be more in control of their movements and challenging their ‘edge’ will now be a more regular part of my clinical encounters.

​“For therapists who are looking to expand their knowledge framework and have a desire to incorporate more active strategies for assessment, treatment and self-care, I highly endorse that they take this course. Because of a higher interest in this course, we are already planning on bringing other reputable instructors to Victoria as soon as possible.”

“I hope it fosters an appreciation for science and helps alleviate some of the frustrations that can come from seemingly opposing findings and small effect sizes.”
~ Cory Blickenstaff, PT

​Two American Rolfers, Rey Allen and Marie Zahn, who co-own Rolfing New York in Manhattan, told us that the course changed the way they practice and explain how their hand-on work works.  “The biggest take away was that patient expectations can play a huge role in the treatment outcome,” Allen said.

“For me, Cory’s edge work course reinforced scientific theories regarding our current understanding of pain while providing very practical applications of these principles in movement,” Zahn added. “I’ve been studying pain science for the past four years and many practitioners, myself included, find themselves stuck in the office with how to apply these concepts about pain. Cory’s course filled in the gaps to effectively bridge scientific theories and practical movement applications in practice. I think his course dovetails perfectly with Greg Lehman’s class on Reconciling Biomechanics with Pain Science, which I attended earlier this year.

“My biggest takeaway in Cory’s class was his approach to finding novel movements for people in pain. He gave many ideas for exercises in each region of the body, while also discussing ways to increase the load and add modifications to progress treatment. Highly recommended. Now that I’ve taken Cory’s course, I feel equipped to use more movement exercises in my Rolfing practice, together with manual therapy and separately as homework for my clients. I have a baseline of movement exercises that I learned from the class but feel confident to modify and invent new strategies as well.”

“I spoke a bit about recovery expectations as an important factor. When patients believe that they will get well, it is much more likely that they will. Not only that it may be somewhat treatment specific, as in if a person believes surgery or physical therapy is more likely to help, then the chances are higher that it will,” Blickenstaff said.

“From a communication stand point, I use re-assurance heavily when there is solid ground from which to do so, being sure not to set up unrealistic expectations. This is where a working knowledge of the research can be quite helpful and I tend to use terms like ‘What we tend to see in these cases…’ versus ‘You will be better.’”

“As long as there is interest in this information, and it fills a need for therapists, I am happy to teach it,” Blickenstaff explained. “I feel like we’ve reached a point where many therapists have at least an appreciation for the role of pain science, have recognized limitations of patho-anatomical models, maybe even know some educational approaches to relay information to their patients.

“But I still hear a lot of struggle for application of a pain science informed approach to the clinic. Well, I hope that it will assist with the above problems:

1) an understanding of pain science and its role in care; 2) some specific applications from which therapists can model their interactions as a starting point to organize and expand their treatment approaches.

“Of course, I hope it will help those who are struggling to see the relevance of pain science in the clinic some real world applications. It will help therapists feel like they can abandon the toolbox mentality of jumping from method to method and explanatory model to model, looking for the ‘right fit’ and consistency in their educational and movement approaches because it’s all education. Is the Beighton Score for Ehlers-Danlos Syndrome Really Valid or Just BS? 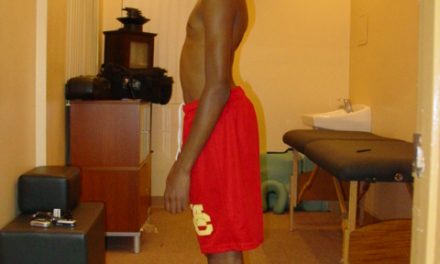